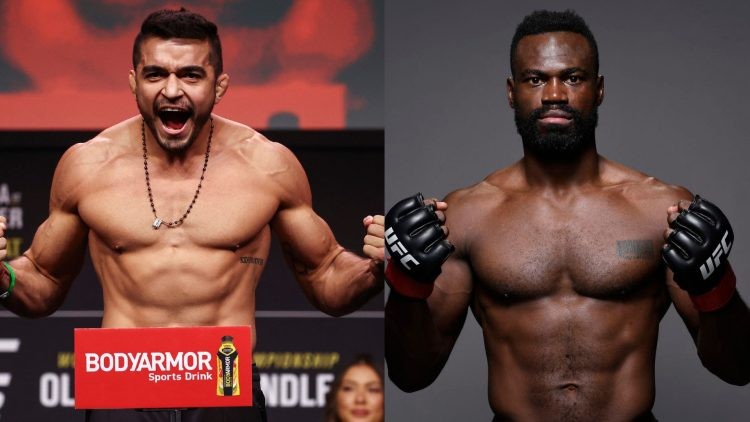 The UFC will return this weekend with a stacked UFC 276 event on July 2nd. The international fight week event will see a number of highly anticipated matchups that will keep the spectators on the edge of their seats. The card will be headlined by Israel Adesanya’s title defense against Jared Cannonier with the co-main being a trilogy bout between Max Holloway and Alexander Volkanovski.

With that being said, let us preview one such exciting matchup on the card between Uriah Hall and Andre Muniz. Muniz is undefeated in the past 5 years, while his opponent, Hall is coming off a defeat against Sean Strickland. Because of the same, the Brazilian has emerged as the favorite to win the bout.

Uriah Hall is 37 years old and it is safe to say that he is past his prime. He has had trouble establishing control inside the octagon in his recent fights. However, Hall tends to creep his way in by making full use of his jab. On the flip side, Andre Muniz is great on the ground his awkwardness on the feet makes him very unpredictable which can trouble his opponents to an extent.

Can Andre Muniz make his way to get a title shot?

As mentioned earlier, Andre Muniz is undefeated in the past five years. However, he has fought only five times in the UFC, two of which came in Dana White’s contender series. While time is certainly not on his side at the age of 32, Muniz has been a problem for everyone he’s fought so far in the UFC.

Uriah Hall will be his first big-name challenge inside the octagon and if he passes this test, we can certainly see him jump in amongst the top 10 UFC middleweights. It will be interesting to see what lies ahead in the Brazilian’s career with the UFC. Our prediction: Andre Muniz via submission.