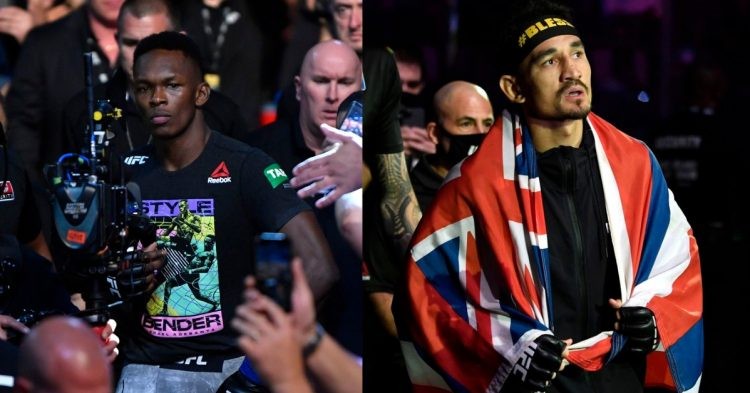 UFC 276: Israel Adesanya vs Jared Cannonier is all set to begin with its proceedings on July 2nd at the Mobile Arena in Las Vegas. This PPV features two big title fights in the main event and co-main event and is stacked with many big names and exciting matchups that are sure to entertain fight fans around the world.

UFC middleweight champion Israel Adesanya will look to defend his title for the sixth time against the hard hitter Jared Cannonier in a five round fight in the main event of this PPV. The other fight that will have the majority of the spotlight is the blockbuster trilogy fight between Alexander Volkanovski and Max Holloway that will take place in the co-main event for the featherweight championship.

Along with the exciting lineup of fights at UFC 276, fans and viewers around the globe will be looking forward to the walkouts of these superstars that will feature on the main card. So as we build up to this PPV, let us take a look at the songs that Israel Adesanya, Jared Cannonier and other main card stars used for their walkous in the previous fights.

Every time Israel Adesanya walks out to fight the entire world tunes in as the UFC Middleweight champion has something in his sleeve while making his way to the octagon. The Last Stylebender never fails to entertain the fans present in the arena be it with his striking or his dance moves during his walkout. It’s always fun to watch Izzy put on a show for the crowd.

Over the four years of his UFC career, Adesanya has used a wide variety of songs for his walkouts. For instance he used the famous pop song called “Where You Come From” by DJ Khaled feat Juju Banton for his title defense rematch against Robert Whittaker at UFC 271. This song has a reggae vibe to it.

He likes to mix up his walkout songs by using genres ranging from pop to rap. He has walked out previously to Nipsey Hussle’s popular rap song Victory Lap for his bout against Kelvin Gastelum and Glow by Drake for his UFC 248 matchup. It would be interesting to see his choice of music for his upcoming fight against Jared Cannonier.

The Killa Gorilla has also switched genres for some of his fights as he has made his way to the octagon by using rocking songs from AC/DC and Working Man by Rush.

Max Holloway is a crowd favorite here in Vegas as he steps inside the octagon to challenge Alexander Volkanovski for the third time in the co-main event of UFC 276. It is needless to say that the crowd present in the T-Mobile Arena will erupt when Holloway will walkout for the fight.

Blessed likes to use a combination of songs for most of his fights but his trademark walkout song is the Hawaiaan Kickboxer by Moke. For his fight against Dustin Poirier, Max walked out to the tunes of the catchy rap song Walk it/Talk it by Migos.

Just like how Max Holloway uses one song for his walkouts, the Featherweight champion Alexander Volkanovski also enters the octagon to the same tunes every single time. The Great is a big fan of the popular TV series Game of Thrones. He has walked out to the violin cover of the theme song of GOT for almost every single UFC fight.

However, for his last two fights against Ortega and Korean Zombie he has walked out to Down Under by Men at Work. So we can expect him to enter the arena by using Down Under.

Sean O’Malley has walked out to a song called The Sugar Show composed by J.Rob The Chief for his fight against Thomas Almeida. The bantamweight star collaborated with J. Rob and featured in the video of this song.

However, The Suga Show seems to be a big fan of 6ix9ine as he has used his songs Gooba and Mapi for his last two fights against Kris Moutinho and Raulian Paiva respectively. Hence it won’t be surprising if he chooses yet another song of the famous rapper to enter the T-Mobile arena for his fight against Pedro Munhoz.