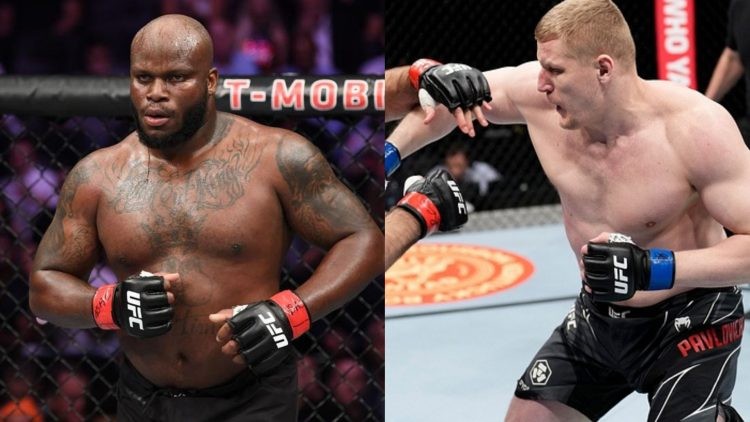 UFC returns to texas with yet another exciting PPV. In the main event, Julianna Pena defends her title against Amanda Nunes in one of the greatest women’s fights ever. In the co-main, Brandon Moreno and Kai Kara France battle it out for the interim flyweight title. And in the featured fight, Texas’ own, Derrick Lewis returns to action against Sergeri Pavlovich.

This will be the comeback fight for Derrick Lewis after suffering a KO loss against Tai Tuivasa back in February at UFC 271. On the other hand, Sergeri Pavlovich is riding a three fight winning streak ahead of his clash against The Black Beast.

Both men have the power to knock anyone out in the heavyweight division. But, who will come out victorious at UFC 277?

The luck does not seem to favor The Black Beats every time he fights in Texas. Now it can be bad matchups or it can be the pressure of fighting infront of the homecrowd, Derrick Lewis has not consistently delivered in Texas.

The last time Lewis fought in Texas, he lost to Ciryl Gane in a title fight. And a fight against Sergeri Pavlovich does not seem like a favorable matchup for the Black Beast at all.

Sergeri Pavlovich is very good when it comes to striking. Both men are built like giants but Sergeri Pavlovich has a huge reach advantage against Derrick Lewis. And that will play a factor in the outcome of this matchup.

Pavlovich can do some serious damage if he decides to use his range and outstrike Lewis. However, Pavlovich has legit KO power in his hands, which can be a huge obstacle for Derrick Lewis, who is argubaly the best KO artist in the division.

The Black Beast has always struggled against good strikers and we might see a very similar scenario at UFC 277. It should also be noted that Lewis is coming off a brutal KO loss to Tai Tuivasa. So that might play a factor in how Lewis fight against Pavlovich, who has 12 knockouts in his career.

The only loss is Pavlovich’s career came when he fought Alistair Overeem. Overeem faced some adversities against Sergei Pavlovich on the feet in round 1. But, the former heavyweight champion was able to take the fight to ground and finish Pavlovich with TKO.

However, Derrick Lewis is not going to look for takedowns. He will be aiming to finish the fight with a vicious blow. Unfortunately, Sergei Pavlovich is likely to win the fight by a finish in the early rounds.