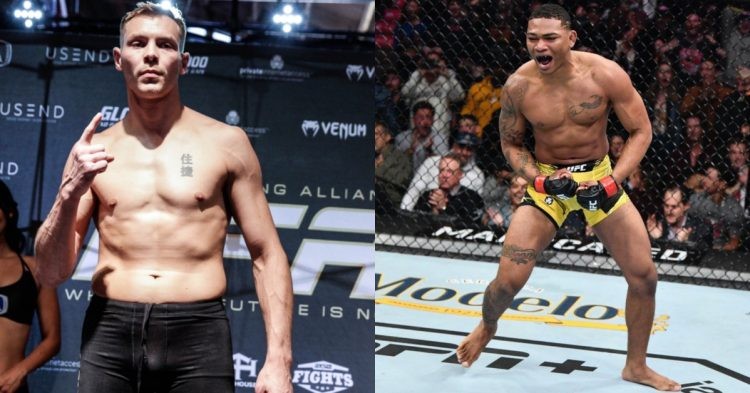 Undefeated welterweight prospect Michael Morales is back this weekend. He will be fighting Adam Fugitt in the early prelims of UFC 277. Morales beat Trevin Giles on his main roster debut via vicious ground and pound in January of this year at UFC 270. On the other hand, Adam Fugitt will make his UFC debut in this fight.

Michael Morales fought Nikolay Veretennikov on Dana White‘s Contender Series. Morales earned a unanimous decision victory despite being a slight underdog. Because of his undefeated status, there was a lot of curiosity to see whether he can continue his success in the main roster of UFC or not. But he passed the Trevin Giles test with flying colours.

Adam Fugitt is the former welterweight champion of X-1 World Events. He also held the 170lbs title of Prime Fighting in 2017. Adam has not lost since 2018 and he is currently on a 4 fight win streak. In his last outing, Fugitt beat Solomon Renfro in the co-main event of LFA 125 in February.

Michael Morales is a fierce all-around fighter. So far, he has shown both his wrestling and striking abilities inside the Octagon. During the contender series fight against Nikolay Veretennikov, he took Nikolay down 4 times and won the bout primarily relying on his grappling.

But his striking skills were on display against Trevin Giles as he managed to knock him down and finish the job on the ground inside one round. So it just shows how much potential he has to grow into a competitor who can both strike and grapple fluently, without having to rely on one or the other.

He has a great finishing rate as well with 11 finishes out of his 13 wins. But he is going up against someone who has held championships in other promotions. Adam Fugitt also has 7 finishes out of his 8 wins. He has 4 knockouts and 3 submissions. So he is more than a capable opponent for Michael Morales.

Although Adam Fugitt has more versatile finishes in his career, he will be a heavy underdog heading into a fight with someone who is 10 years younger than him. Although he will have a height disadvantage, Michael Morales will have a small reach advantage over the 33-year-old. Michael is more agile on the feet and has a better array of tools under his belt. So he will definitely be the smart pick to win this Saturday.