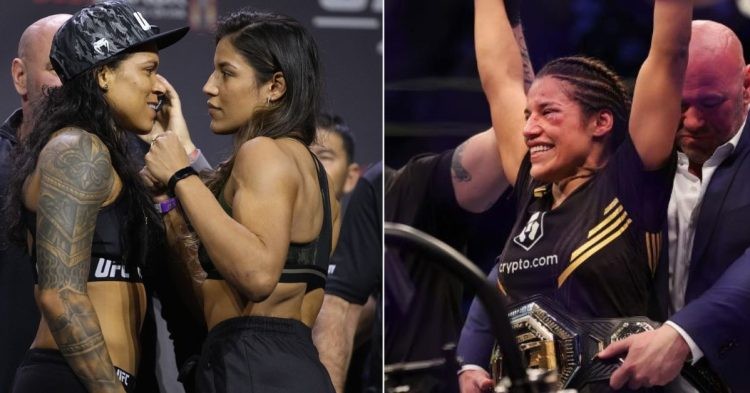 Julianna Pena will defend her bantamweight gold in her first title defense in a rematch against Amanda Nunes in the main event of UFC 277 this weekend. Both the fighters have a chip on their shoulders. While Pena will step inside the Octagon to prove that his first victory over Nunes wasn’t a joke, the Lioness will try to reclaim her lost title with quite possibly her legacy at stake heading into the rematch.

Ahead of the fight, let’s take a look at who gets her hand raised when it all comes to a close at UFC 277 inside American Airlines Center in Dallas, Texas.

Julianna Pena shocked the world when she submitted Amanda Nunes in the second round back at UFC 269. However, it will be easier said than done in the rematch.

The difference in skill-set is quite evident between both the fighters. Apparent from the first fight, Nunes takes the lead in striking both on the feet and on the ground. She has the strength and pressure to take Julianna Pena down and keep the fight on the ground if she so desires. However, one thing Nunes has to be very careful about is the conditioning.

Moreover, getting into a slugfest with Pena might once again prove to be costly for Nunes, who might find herself in a similar situation as she did in the first fight.

There’s no doubting the chin on Julianna Pena, and should Nunes overcommit herself to make a statement with a stoppage win, she might find herself at the losing end once again. The stinging jab and the one-two combinations from Pena might once again be her strong suit, while Nunes will try to chop that lead leg and use both her striking and grappling to dominate the bantamweight champion.

Regardless of the threats that Pena poses in front of Amanda Nunes, expect the former champion to be calm and composed in a methodical breakdown of Pena.