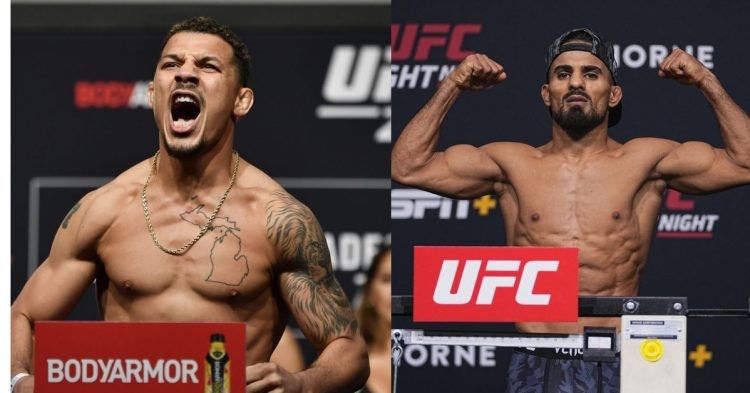 UFC 277: Pena vs Nunes 2 will take place this weekend on July 30th at the T-Mobile Arena in Las Vegas. It is needless to say that the major focus of fight enthusiasts would be on the title fights that will take place in the co-main and the main event of PPV.

However, there are several other exciting matchups like the three-round preliminary bout between Drakkar Klose and Rafa Garcia that fans should keep a close eye on. Drakkar who is currently ranked #15 in the lightweight division is in good form as he has won four of his last five fights.

He is coming off a brilliant KO/TKO win over Brandon Jenkins in his last fight back in April. Just like Klose, Garcia also won his last fight and he submitted his opponent Jesse Ronson via rear naked choke.

Both these lightweights have the potential to make a big leap in the division.
However, a lot would depend on the outcome of this matchup and as we move ahead let’s compare the stats of Drakkar and Rafa before breaking down their styles.

Drakkar Klose has been very consistent in the UFC since his debut in 2017. Owing to the fact that he has only suffered two losses in his right fights and that too against top contenders like David Teymur and Beneil Dariush.

On the other hand, Rafa Garcia had a dreadful start to his UFC career as he lost his first two fights. However, he has bounced back in his last two matchups by claiming one unanimous decision win and submission finish. Speaking about this bout, it is a classic striker vs grappler matchup.

Out of the two fighters, Drakkar Klose is definitely the better striker with good accuracy and striking output. Moreover, he also has decent takedown accuracy.

However, he has struggled to defend against lightweights who have good wrestling skills. With Garcia being a type of fighter who relies heavily on landing takedowns and controlling his opponent on the ground, this fight could get scrappy.

Despite having a good ground game, Garcia absorbs a lot of damage and his past fights are a great example. Although he cannot afford to do that against Drakkar as he has the ability to switch the lights off with his punching power at any given moment. One can expect Klose to stop the winning run of Rafa due to his well-roundedness in both grappling and striking.