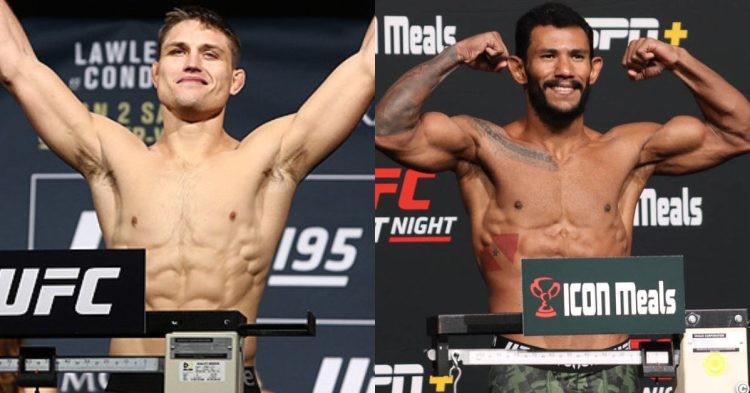 UFC 277: Pena vs Nunes 2 is all set to go down this weekend on July 30th at the T-Mobile Arena in Las Vegas. Subsequently, this PPV has many exciting matchups right from the early prelims to the main card that will keep the viewers on the edge of their seats throughout the evening.

One such matchup is the three-round preliminary bout between Drew Dober and Rafael Alves that will take place in the lightweight division. Going into this fight, Dober snapped his two-fight-losing skid by beating Terrance McKinney in his last fight.

Drew Dober vs Terrance McKinney was a 1 round BANGER

The veteran lightweight contender traded some big blows in an exciting first round and stopped McKinney in spectacular fashion. On the other hand, Rafael Alves will make his return after a long gap of almost eight months. However, The Turn is also coming off an impressive submission win in his last fight against Marc Diakiese.

Currently, both the fighters are unranked in this 155-pound division. Therefore there will be a lot at stake for both these lightweights as a win would help them build great momentum and take them one step closer to the top 15 of the division.

Fans are in for a treat at UFC 277 as these two hard-hitting lightweights Drew Dober and Rafael Alves will collide against each in a three-round fight. With that being said, the likelihood of this fight going the distance is very low.

Because the Brazilian lightweight Alves is a type of fighter who likes to push the pace of the fight from the minute go. The same could be said of Drew Dober as he loves to engage in a trading war.

It is needless to say that Drew Dober is a much better fighter than Rafael Alves when it comes to striking as the veteran lightweight has the power and durability to remain in the pockets and trade big blows.

However, his weakness in defending takedown is an aspect where Alves can take advantage because he is extremely dangerous on the ground with his submission skills. Hence the key to victory for both the fighters is simple and that is to stick to their strengths and not play into their opponent’s hands.

In the end, Dober’s resiliency along with his brilliant striking skills would most likely help him keep Rafael on the edge and get his hands raised by the referee at UFC 277.