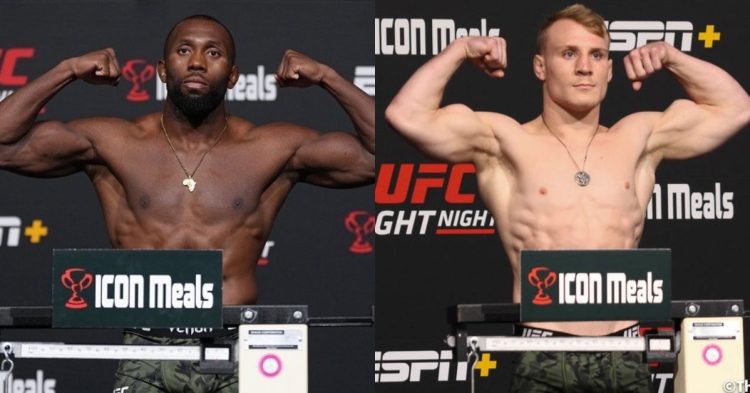 The upcoming UFC 278 PPV that will take place this weekend on August 20 is a stacked card with big names featuring Kamaru Usman, Paulo Costa, Leon Edwards, Jose Aldo and many others. However, apart from the superstars competing on the main card, there are several other fights that fans should keep a close eye on.

One such matchup is the welterweight bout between AJ Fletcher and Ange Loosa which is scheduled for three rounds. These two welterweight contenders will kickoff the prelims of the PPV and we can expect fireworks from this clash.

Going into this fight both Fletcher and Loosa are on the back of tough losses. Ange Loosa suffered a lopsided unanimous decision loss against Mounir Lazzez after the latter significantly outstriked him throughout the three rounds in his last fight.

Whereas Fletcher came up short in what was a close battle that went to the distance against Matthew Semelsberger in his last bout. Hence this matchup becomes very crucial for both the welterweights as successive losses would make it difficult for them to get into the top 15 of the division.

Before losing to Matthew Semelsberger in his UFC debut, AJ Fletcher had wreaked havoc in different fighting organizations by winning all his fights. Out of those nine fights, The Ghost had finished eight of his opponents and this stat alone is good enough to showcase his potential and threat in the UFC.

Going into this matchup, he will be at a great height and reach a disadvantage against Ange Loosa. So we can expect Fletcher to overcome this problem by closing down the distance. Loosa has shown in both his UFC fights that he is a powerful striker with high striking output.

However, he often absorbs a lot of strikes due to overextending and that could prove fatal against someone like AJ Fletcher. Despite having the physical disadvantage, The Ghost has superior grappling skills as compared to Loosa and he would most likely try to take him down and submit.

Unless Ange Loosa tries to outpoint Fletcher by taking him apart from a safe distance, the likelihood of him winning the fight would be very low.