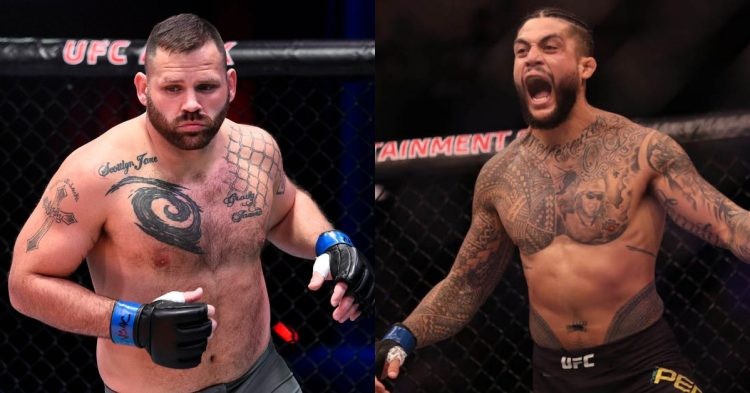 Australian fighter Tyson Pedro is set to fight Harry Hunsucker at UFC 278. The bout is set to take place in the light heavyweight division and is scheduled for 3 rounds. Pedro defeated Ike Villanueva in his last fight in April of this year, via knockout. Hunsucker, on the other hand, lost to Justin Tafa during his last outing via head kick KO in December of last year.

Tyson Pedro was an undefeated fighter out of Australia at the time of his arrival in the UFC. He had a spectacular start in the promotion as he submitted Khalil Rountree Jr on his UFC debut via rear-nake choke in 2016. The performance was so amazing that he was awarded a ‘performance of the night’ bonus on his debut.

The Aussie also has significant wins over Paul Craig, Saparbek Safarov and Villanueva. He also has the much-coveted 100% finishing record in his career. His 8 career wins consist of 5 submissions and 3 knockouts. His opponent on Saturday, Harry Hunsucker also has a 100% finishing rate with 2 KOs and 5 submissions. So it is sure to be an entertaining way to kick off the main card.

Both Harry Hunsucker and Tyson Pedro are more than capable of finishing the bout, both on the feet and on the ground. With the record that they have, it does look like the bout is heading towards a finish as neither will hold back on their offence.

With an accuracy rate of 64%, Tyson lands an average of 2.89 strikes per minute. However, he also absorbs 2.36 strikes in the same period. Hunsucker, on the other hand, absorbs at a rate of 6.70 strikes per minute while landing only 3.83. So it is not hard to guess which way the fight will go this Saturday. Pedro will definitely have more opportunities to land on his feet.

But Harry has the power to KO any fighter in the world with one perfectly timed shot. However, doing that against Pedro will not be an easy task. Pedro also has the momentum of winning his last fight on his side. Hunsucker has lost both of his last two fights via first-round KO. So Tyson Pedro will be the smart pick to win over Harry Hunsucker this weekend.