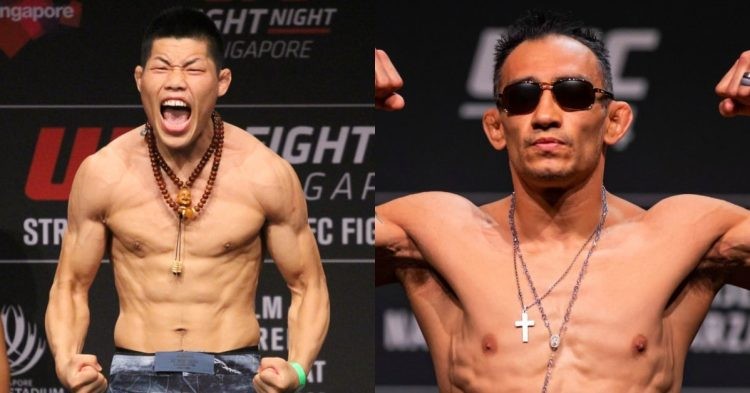 UFC 279 will go live from T-Mobile Arena in Las Vegas on September 10th. The main event has a blockbuster fight between Khamzat Chimaev and Nate Diaz. In the co-main, Tony Ferguson will make his welterweight debut against 14th ranked 170lbs fighter Li Jingliang.

Li Jingliang is not a new fighter in the UFC. He made his debut in the company at UFC 173 in 2014. He has fought in the UFC 16 times and has won 11 of them. Although he is coming off a win against Muslim Salikhov, Jingliang has traded wins and losses recently. His most famous loss came against Khamzat Chimaev at UFC 267.

The fight is a must-win for Tony Ferguson. Once known as the boogeyman of the lightweight division, Ferguson has fallen off since his brutal loss against Justin Gaethje at UFC 249. Tony is just not the same since losing that bout. From Tony’s output to his durability, everything seems to have taken a hit.

But the worst of the pack was his last fight against Michael Chandler. Although Tony’s performance wasn’t bad, it was the way he lost the fight. A front kick from Chandler flatlined El Cucuy. So the move to the 170lbs division seems like a desperate one. However, it is a move that may just work.

Fighting at welterweight means that Ferguson will not have to cut the weight anymore. Although he will have a slight height disadvantage, Tony will have a big advantage in the reach department. Although Li averages 1.27 takedowns per fight, his submission game is basically zero inside the Octagon. But that is where Ferguson thrives.

But Tony will have to be careful of Jingliang’s striking. The Chinese fighter has great power behind his strikes and possesses 10 KOs in his career. At this point, there are a few question marks on Ferguson’s chin. If he does manage to survive, it will certainly be a very interesting fight to watch. But, at the age of 38, can Tony turn back the clock once more? The fans will get the answer at UFC 278.