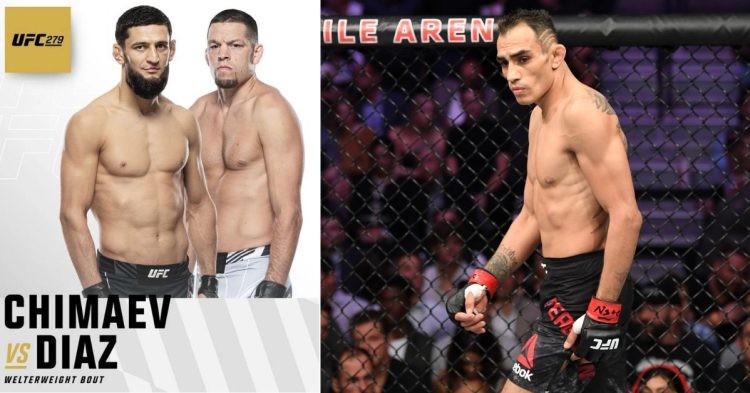 UFC President Dana White has confirmed Tony Ferguson will take on Li Jinliang at UFC 279 early next month at UFC 279 inside T-Mobile Arena in Las Vegas. The former interim champion is going through the roughest patch of his career, with four back-to-back losses to his name.

Ferguson was last seen against Michael Chandler back at UFC 274 where he suffered a horrific KO loss at the hands of the former title challenger. The fight marked the first KO loss of Tony Ferguson. Needless to say, the news of Ferguson’s next fight has come as a surprise to many.

Just three months into his last fight where he suffered the KO loss, Ferguson will once again make the walk to the Octagon to take on the dangerous Li Jinliang in the welterweight division Dana White confirmed during the post-fight press conference at UFC 278. The fight will mark Tony Ferguson’s welterweight debut in the UFC. Ferguson last fought in the 170-pound weight class when he competed in the Ultimate Fighter Season 13.

The news of Tony Ferguson’s return fight has certainly shocked many fans. Considering UFC 279 is more or less 20 days away, it has taken the entire MMA community by surprise. Moreover, the lack of a big name against him is also a huge step-down with many fans criticizing the UFC for booking that fight.

While a case can be made that the lack of good names to fight Tony Ferguson at 170 pounds must have been the reason, one wonders if Ferguson could have waited for a little longer before making his return to the cage just three months into a vicious KO loss.

Be that as it may, fans will be behind Tony Ferguson once again and with his newfound home in Jackson Wink MMA, expectations will be high from the returning El Cucuy.

It goes without saying, it will be huge for UFC fans to witness Tony Ferguson and Nate Diaz, both fighting on the same card. UFC 279, which was looking a little stale in comparison until now has now found some light with Tony Ferguson vs Li Jinliang as the co-main event of the evening.