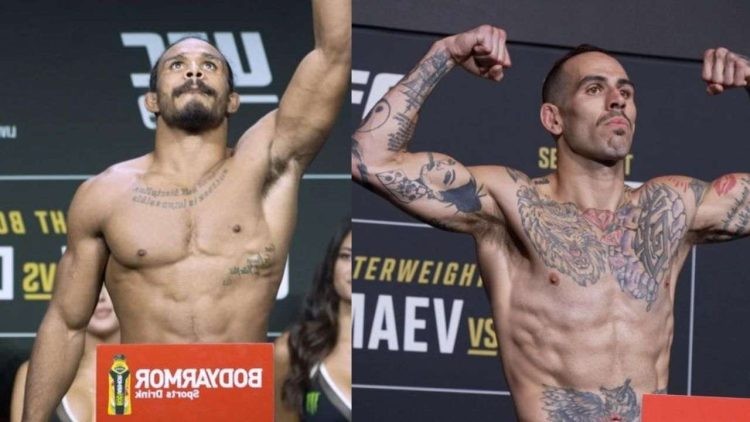 UFC 279 Early Prelims will kick off UFC 279: Diaz vs Ferguson and begin with its proceedings this weekend on September 10th at the T-Mobile Arena in Las Vegas. Despite the last-minute shift up to the main card, the PPV features several exciting matchups that will keep the viewers entertained throughout the weekend.

Darian Weeks enters this fight with his potential future in the UFC on the line. Fresh off a second consecutive defeat, the 28-year-old desperately needs to get back in the win column. Expect him to put it all on the line for this fight.

As for his opponent, Yohan Lainesse booked himself a spot in the UFC after beating Justin Burlinson on Dana White’s Contender Series back in 2021. However, the Canadian’s debut did not go quite to plan after losing to Gabe Green. Thus, he will also be looking for his first UFC win this weekend.

Both fighters made bright starts to their MMA career. However, you can say that Weeks was dealt a bad hand by having to take on reputed fighters like Ian Garry and Bryan Barberena.

Unfortunately for Darian, he did not get to show what he is capable of in either match-up. However, this does mean that he can throw caution to the wind against someone like Yohan. Weeks is well-rounded and well-balanced from the tape we have on him, but he must not, under any circumstance engage in a brawl.

Yohan Lainesse is an interesting fighter, to say the least. Sporting an impressive knockout record, he also scored a quick KO to seal the deal on Contender Series. However, Yohan displayed some key weaknesses in his defeat to Gabe Green.

Although Lainesse knocked down Green, it was evident that his gas tank was shot. Throwing 100% into every single shot is bound to have some repercussions. Yohan is an explosive striker with decent grappling giving him some significant advantages over Weeks.

Thus, we believe that Darian’s best chance would be to gas out Lainesse and take him to deep waters. However, he must vary the threat Lainesse brings on the feet and must try his best to maintain distance. For Lainesse, managing his stamina and energy should be enough to get his hand raised.