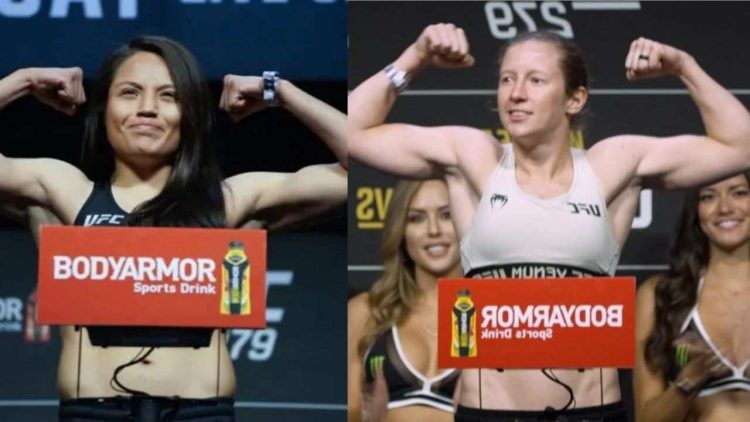 UFC 279 Early Prelims will kick off UFC 279: Diaz vs Ferguson and begin with its proceedings this weekend on September 10th at the T-Mobile Arena in Las Vegas. Despite the last-minute shift up to the main card, the PPV features several exciting matchups that will keep the viewers entertained throughout the weekend.

Melissa Martinez enters this fight to make her UFC debut. Currently, on a 7 fight win streak, the Mexican has made a promising start. Expect her to show us her best work for this fight.

As for her opponent, Elise Reed (5-2) will be wanting to get back to winning ways this weekend. Currently, 1-2 in the UFC, Reed is coming off of a defeat to Sam Hughes. In this fight, Reed will be hoping to pick up her second win in the UFC.

Both fighters made bright starts to their MMA career. However, you can slightly say Reed has done more in her career, winning the CFFC championship as well.

Unfortunately for Reed, she hasn’t been able to find the same form in the UFC yet. However, she remains a solid fighter and a certain threat, especially for a debutant like Martinez. Elise is well-rounded and well-balanced from the tape we have on her, but she must not, under any circumstance engage in a brawl.

Melissa Martinez is an interesting fighter, to say the least. Sporting an impressive record, she also gave her everything to secure a Split decision victory in her last outing. However, due to numerous cancellations and other hindrances, Martinez has not fought since 2019.

Primarily a striker, Martinez is somewhat of an unknown quantity. Despite that, it is clear to note that her striking is her biggest advantage, scoring 5 KO/TKO in her 7 wins to date. Without a doubt, the Mexican will try to replicate the same on Saturday.

Thus, we believe that Reed’s best chance would be to wrestle Martinez and take her to deep waters. However, she must vary the threat Melissa brings on her feet and must try her best to maintain distance. For Martinez, managing her stamina and sticking to her advantages should be enough to get her hand raised.