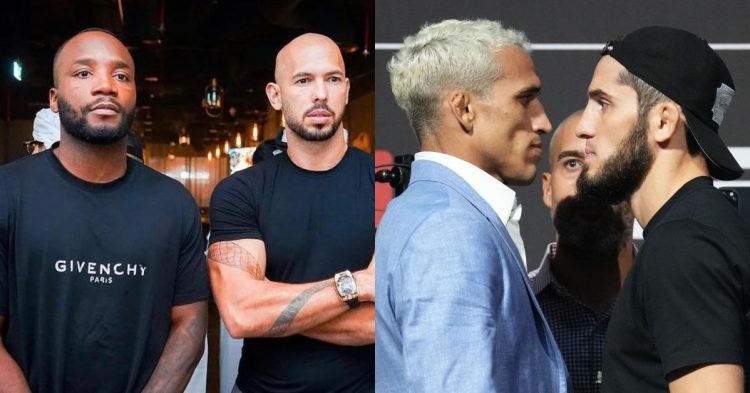 With Charles Oliveira vs Islam Makhachev headlining UFC 280 in Abu Dhabi, UFC is all set to put on the best show of the year.

UFC has returned to the new fight capital of the world, Abu Dhabi with UFC 280, which features two title fights. In the co-main event, Aljamain Sterling takes on TJ Dillashaw, who will be fighting for the belt he did not lose in the octagon in the first place.

Besides that, Sean O’Malley takes on Petr Yan in the featured fight and Belal Muhammad takes on Sean Brady in an exciting welterweight matchup.

As per UFC president, Dana White UFC 280 is trending more than any other recent PPVs. The UFC 280 numbers(social media impression, Pre-PPV buys) have surpassed Khabib Nurmagomedov vs Justin Gaethje, which was the last UFC fight of The Eagle.

With this much hype , we can expect stars from all around the world to show up in the Etihad Arena to witness Oliveira vs Makhachev.

UFC bantamweight Sean O’Malley has even said that UFC had to turn down many influencers and celebrities with millions of followers as the tickets were sold out. But, there are a few celebrities who are most likely to show up at Etihad Arena.

Recently Dana White confirmed that Lorenzo Fertitta will fly to Abu Dhabi for UFC 280. Besides that, UFC welterweight Khamzat Chimaev is most likely to be in the crowds for the event.

UFC featherweight champion and the P4P number 1 fighter, Alexander Volkanovski will be in the crowd. Vokanovski weighed in at 155 lbs during the official weigh-in as the backup for the main event.

Dana White has already confirmed that the winner of Oliveira vs Makhachev fights Volkanovski next. So fans will be seeing Volkanovski watching the fight closely on the octagon side.

Internet sensations Andrew Tate and his brother Tristan Tate were seen with many UFC fighters leading up to UFC 280. UFC stars such as Aljamain Sterling, Leon Edwards, and Sean O’Malley were spotted with Andrew Tate in Abu Dhabi.

It won’t be surprising to see the Tate brothers among the crowd, watching their first UFC PPV in Abu Dhabi.

Besides the Tate brothers, internet sensation Hasbulla, who has recently signed with UFC, will be in the arena, concerning Islam Makhachev.

UFC 280 is guaranteed to be one of the best PPVs in the UFC history. And the fans will find out who is the best lightweight in the world right now.