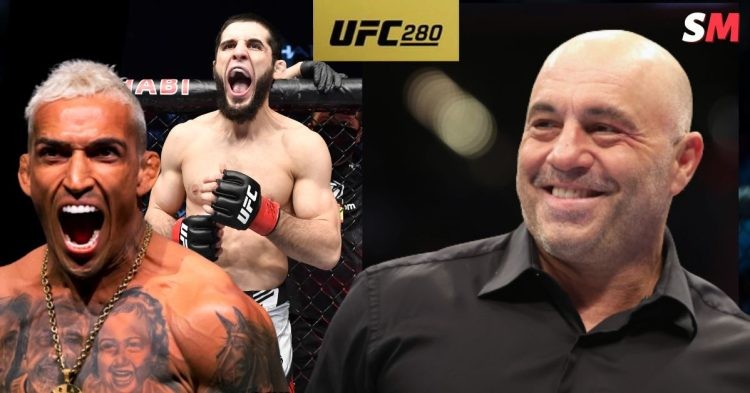 UFC 280 will go down this weekend inside Etihad Arena in Abu Dhabi. In the main event, Charles Oliveira will take on Islam Makhachev for the vacant UFC lightweight championship. In the co-main event, TJ Dillashaw will look to become a three-time UFC champion as he takes on Aljamain Sterling for the bantamweight gold.

There are other exciting match-ups on the main card, with Petr Yan set to make his UFC return against surging bantamweight Sean O’Malley. Beneil Dariush will also feature on the card, taking on Mateusz Gamrot to possibly determine the next challenger for the lightweight gold.

Calling the historic card will be Daniel Cormier, Joe Anik, and Paul Felder. Megan Olivi will serve as the roving reporter for UFC 280. Needless to say, fans are waiting eagerly for the UFC PPV and with so many exciting fights lined up, the anticipation for the event is at an all-time high. Khabib Nurmagomedov will also be in the building, what with Hasbulla making his first appearance since signing with the UFC.

Everything seems perfect with UFC 280. However, there is one key name missing. Joe Rogan will be absent and will not be on the commentator’s table for Charles Oliveira vs Islam Makhachev.

Joe Rogan has made it clear that he doesn’t wish to go through long hours of travel for UFC cards. Rogan has been absent from UFC’s International events lately and was seen missing the recent events in the UK. Michael Bisping covered for Rogan the last time UFC wet to Singapore back at UFC 275: Glover Teixeira vs Jiri Prochazka.

As for UFC 280, Rogan had also revealed he would be in London at the time. UFC 280 goes down this weekend on October 22 in Abu Dhabi.

Needless to say, Rogan’s presence would be missed. Over the years, Rogan has become the voice of MMA for many fans and his reactions and analysis of the fight have become a major talking point among the masses. This time around, Paul Felder will act as his replacement in the broadcast team.