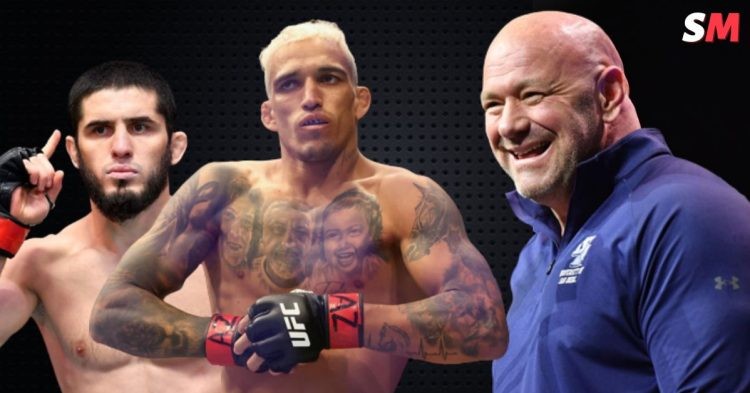 UFC President Dana White has confirmed he already has an opponent in mind for the winner of Charles Oliveira vs Islam Makhachev set to go down this weekend inside Etihad Arena in Abu Dhabi. Earlier, Alexander Volkanovski had claimed that he would be a backup for the much anticipated lightweight title bout causing a stir on social media.

Beneil Dariush had hit back at Volkanovski, stating he was playing games all the while putting the blame on the UFC. Dariush had claimed he was told he would be the backup option by his manager.

Alexander Volkanovski has dominated the featherweight division. With three wins over featherweight legend Max Holloway, and having seemingly cleared his division, the Australian fighter is looking to further cement his legacy by moving up a weight class in an attempt to become a two-division champion.

The last time a featherweight champion moved to the lightweight division was when Conor McGregor took on Eddie Alvarez for the lightweight gold. McGregor was successful in his attempt, beating Alvarez in the second round back at UFC 205 to become the first fighter to hold two UFC titles simultaneously.

Volkanovski has shown no desire to leave the featherweight division but has his eyes set on the lightweight gold. The Australian fighter has already established himself as arguably the greatest featherweight of all time, and it will be interesting to see whether he can add another feather to his cap by becoming the lightweight champion.

It’s safe to say things can switch at any time, what with Beneil Dariush and Mateusz Gamrot making a case for themselves for the title belt should they emerge victorious. Moreover, with Michael Chandler and Dustin Poirier set to throw down at UFC 282, there’s a huge possibility that the title shot could fall into their laps.

As it stands right now, Dana White is confident Alexander Volkanovski vs the winner of Charles Oliveira and Islam Makhachev makes complete sense.