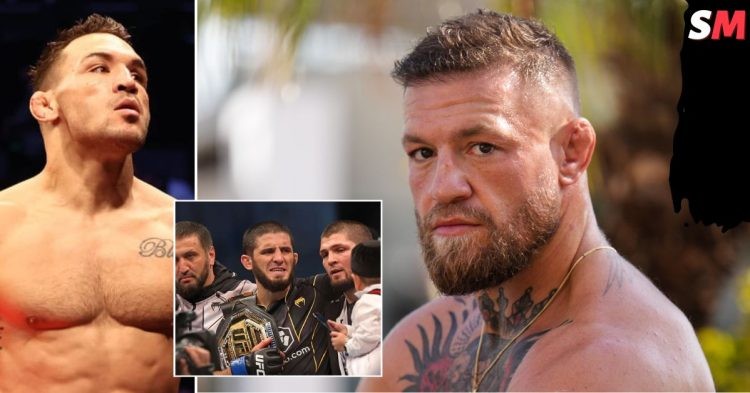 Michael Chandler returns to action for the first time since his vicious KO win over Tony Ferguson back at UFC 274. The former UFC lightweight title challenger is set to take on Dustin Poirier on the main card of UFC 281, next weekend inside Madison Square Garden, New York.

Michael Chandler is 1-2 in his last three fights. However, having competed against the absolute best that the division has to offer, there’s still a possibility that Chandler could find himself in the title picture with a win over Dustin Poirier at UFC 281. While a rematch against Charles Oliveira is also an option, here’s what Chandler has in mind should he emerge victorious next weekend.

“Looks like am gonna have to beat Poirier and then probably someone else. But I also think Conor will be coming back by the time I beat Poirier and a couple of months ready for another fight. We will see.” Chandler said.

While going past Poirier will be easier said than done, Chandler seems to have it all figured out should he get his hands raised inside Madison Square Garden.

Who will Michael Chandler fight if he wins against Dustin Poirier at UFC 281?

Islam Makhachev will likely share the cage with Alexander Volkanovski next in Perth, Australia at UFC 284. In a situation like that, the lightweight division will once again find itself with top elites fighting each other to determine the next title challenger.

Chandler should find himself comfortably at the #3 spot should he get his hand raised against Poirier, and is envisioning a huge money fight against Conor McGregor. The Notorious has already hinted at early 2023 for his Octagon return, which aligns well with Chandler’s plans after UFC 281.

Chandler is not confident he gets a title shot with a win over Poirier and believes he might have to win another fight to get his hands on the gold. While options like Beneil Dariush and a rematch against the likes of Justin Gaethje and Charles Oliveira are very likely, Chandler’s attention seems to be on Conor McGregor alone.

Regardless, a lot will depend on the outcome of UFC 281. It’s safe to say, getting past someone like Dustin Poirier, will be easier said than done.