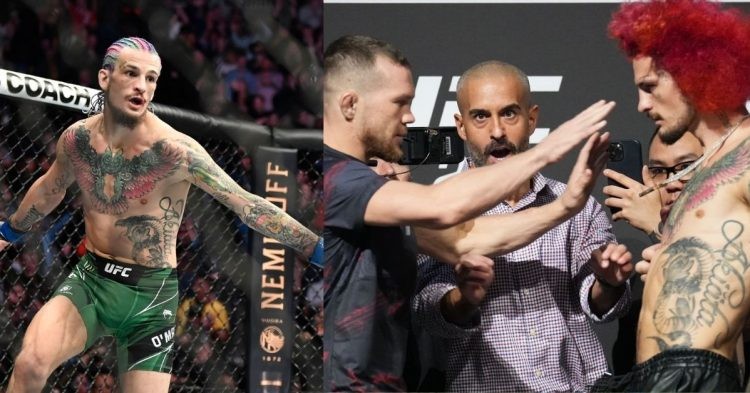 UFC 280 is the most stacked card of the year with two title fights. In the main card, former bantamweight chamion, Petr Yan takes on Sean O’Malley in an exicitng 3 round matchup.

Fans have criticized Sean O’Malley in the recent years for not fighting the top ranked bantamweights. After an anti climatic ending to his fight against Pedro Munhoz, O’Malley will be looking shut down the crticis with a win over Petr Yan.

However, it won’t be an easy task for Suga as Petr Yan is one of the best fighters in the division. Yan is coming off a close decision loss against the current champion, Aljamain Sterling in the rematch.

UFC president, Dana White has confirmed that the winner of this matchup will be the number one contender for the bantamweight title. But, who will emerge victorious at UFC 280?

Who wins Petr Yan vs O’Malley?

Sean O’Malley has looked impressive in his UFC career so far. He has knocked out some tough bantamweights such as Eddie Wineland, Thomas Almeida, and Raulian Paiva. However, he still does not have a win over any top 10 opponents in the division.

And a fight against the former champion, Yan is a huge jump in the competition level for O’Malley. In his last fight against Pedro Munhoz, Sean O’Malley did not look impressive either and even lost the first round.

Although O’Malley checked a lot of leg kicks from Munhoz he was not active enough to win the round on the judges’ scorecard.

On the other hand, Yan is notorious for starting slow in his fights. And that might work in favor of O’Malley in a 3 round fight. However, O’Malley will have to earn the respect of yan with his striking early in the fight. O’Malley, who likes to call himself a KO artist, will have to hurt Yan with his hands to stop him from getting into his rhythm.

Though O’Malley is a huge underdog in this matchup there is a big possibility O’Malley wins the fight by decision in this 3-round contest.

However, Petr Yan’s experience and defensive striking will be a problem for O’Malley. Yan has nasty leg kicks that will affect the game plan of O’Malley.

It’s very unlikely Yan or O’Malley will finish this fight in 3 rounds. However, the former champion should be able to get done and win the fight on the scorecard.