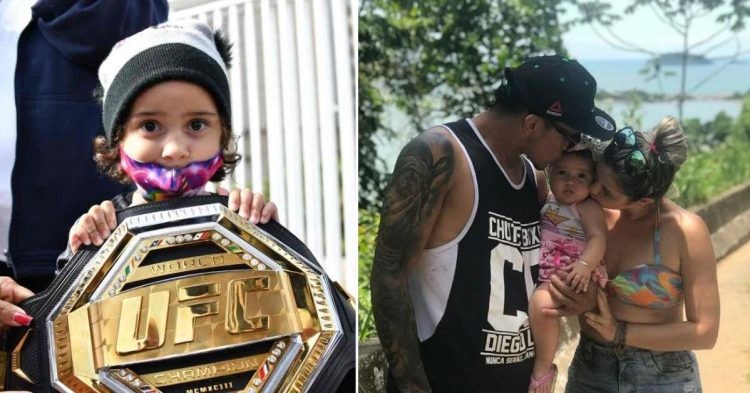 Charles Oliveira’s mixed martial arts journey has been nothing less than spectacular. Making his UFC debut way back in August of 2010, it took Oliveira 10 years to get his hands on the lightweight gold in a journey that had its fair share of ups and downs.

Do Bronx did not have a very good start to his UFC career, losing in just his third UFC fight in a submission loss to Jim Miller. The bout also marked the first loss of Oliveira’s MMA career after 14 straight wins to his name. In his first 19 UFC fights, Oliveira had already succumbed to eight setbacks. While it’s safe to say it wasn’t a really bad record, it was disappointing nonetheless and not worthy of championship gold.

However, things would take a sudden turn and as it stands today, Do Bronx is on an eleven-fight win-streak, having picked up wins over the likes of Justin Gaethje, Dustin Poirier, Michael Chandler, Tony Ferguson, and Kevin Lee among others.

The Brazilian fighter will look to become a two-division champion as he takes on Islam Makhachev in the main event of UFC 280 this weekend in Abu Dhabi. So what changed for Charles Oliveira? Joe Rogan thinks it was the birth of Oliveira’s daughter Tayla Oliveira.

In a conversation with Will Harris, famous for his work on the YouTube channel, Anatomy of a Fighter, Rogan shared his thoughts on the Brazilian sensation.

“Everybody looks at Oliveira at his lowest points. You know, Cub Swanson knocked him out, Paul Felder smashed him, and all these people beat him. But something happened when that dude had a kid. That’s what it is. That dude had a daughter.”

There’s a fire inside of him like the f**king center of the sun. And I don’t know what it is man! But he is a different human, he goes right into the line of fire. He is not taking any shortcuts, it’s all risk. And he is 100% confident, doesn’t matter how hard you hit him, he’s gonna be fine.” Rogan said.

Charles Oliveira is married to Talita Roberta Pereira and the duo has a daughter together, named Tayla Oliveira. The couple married in the year 2014 and had a daughter in the year 2017. This was right around the time when Oliveira had succumbed to Paul Felder in what marked the last loss of his UFC career.

It’s hard not to agree with Joe Rogan. Oliveira’s resurgence has truly been something special. The BJJ specialist has gone on to break records and shock the world time and again with his gutsy performances against the elites of the lightweight division.