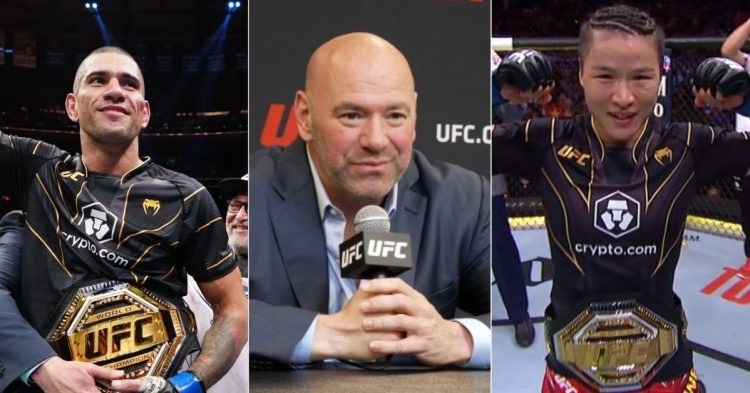 Signing off from a sold out MSG 🫡 #UFC281 pic.twitter.com/DukJWR82mO

20,845 fans attended UFC 281: Israel Adesanya vs Alex Pereira as UFC put up its 27th consecutive sellout event. The hugely anticipated match-up between Adesanya and Pereira pulled in a record live gate of $11.56 million, the second in UFC’s MSG history, behind Eddie Alvarez vs Conor McGregor back at UFC 205.

Dustin Poirier and Michael Chandler put on a performance of a lifetime at UFC 281 as the lightweight contenders engage in a slugfest right from the bell. Dana White called the first round between Poirier and Chandler, one of the best he has seen in a very long time. It was no surprise that the match-up received the Fight of the Night honors.

Was it ever in doubt? @DustinPoirier vs @MikeChandlerMMA is your #UFC281 Fight of the Night 👏

Alex Pereira shocked the world as he stopped Israel Adesanya in the fifth round to become the new UFC Middleweight Champion of the world. Poatan earned the Performance of the Night bonus for his spectacular finish.

This wasn’t the only change of belts as Zhang Weili submitted Carla Esparza to become a two-time Strawweight Champion of the world.

There were several other records and monumental moments at UFC 281 as Frankie Edgar announced his retirement from the sport. Israel Adesanya suffered the first stoppage loss of his mixed martial arts career and his first defeat in the UFC’s Middleweight division.

The Stylebender also recorded the first takedown of his mixed martial arts career as he took down Alex Pereira in the title fight. Meanwhile, Dustin Poirier recorded his first submission victory after almost ten years inside the UFC cage. His last submission win came against Anthony Pettis way back in 2012.