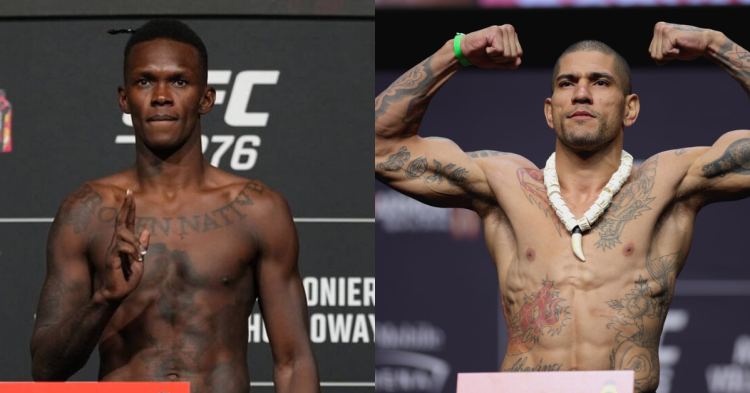 UFC 281 is all set to go down this weekend with an array of mouth-watering fights on the card. The card is in contention for one of the best cards of 2022. The pay-per-view will feature the main event, for which the word exciting would be an understatement. The matchup is between the UFC Middleweight Champ Israel Adesanya and former two-division GLORY Kickboxing Champion Alex Pereira.

The matchup has a bunch of reasons for it to come to fruition. One of them is the history between the fighters. The pair clashed twice in the past and both matchups were won by the Brazilian. Their second matchup in 2017 resulted in Israel Adesanya being knocked out unconscious. That was his last fight in Kickboxing, following which he transitioned to MMA.

Having become a dominant champion in MMA, Israel Adesanya has found himself in a lack of challengers. He has successfully beaten most of the Middleweight.

But with the recent branding of his style as ‘boring‘, Israel Adesanya has been under immense pressure to change his style to please the masses. The Pereira fight is a great opportunity to do that, considering both the fighters are world-class kickboxers.

Check out the comparison of stats between Israel Adesanya and Alex Pereira.

Israel Adesanya has adopted a really safe approach toward his fights. He fights at the long-range and uses his long reach to keep his opponents at bay who are usually smaller than him. His combinations and timing of jabs and low-damage kicks leave the opponent frustrated as he’s never able to get into the striking range to cause any damage to Adesanya.

However, this won’t be the case with Alex Pereira, as he and Israel Adesanya are virtually identical in size. Both have the same height and similar reach, with elite kickboxing backgrounds. Therefore, getting into striking range won’t be an issue for Pereira.

Adesanya is known as a sniper in striking, while Pereira’s power obliterates anything that falls in his path. His left-hook knockout over Strickland is a testament to that.

This fight, overall, isn’t supposed to go down like the rest of Adesanya’s matchups. The striking matchup is going to be competitive, as Pereira is a better striker than any of Israel Adesanya’s past opponents. What’s left to see is what the fighters do if the fight goes to the ground. Pereira has been training with fellow Brazilian Glover Teixeira who’s an elite grappler, while Adesanya has already stated he is ready to show his grappling skills if the situation arises.

In the end, it’ll come down to game plans. Both have similar size and their own attributes. What’s left to see is who can use theirs to lead themselves into a victorious performance. We are going with Alex Pereira via TKO.