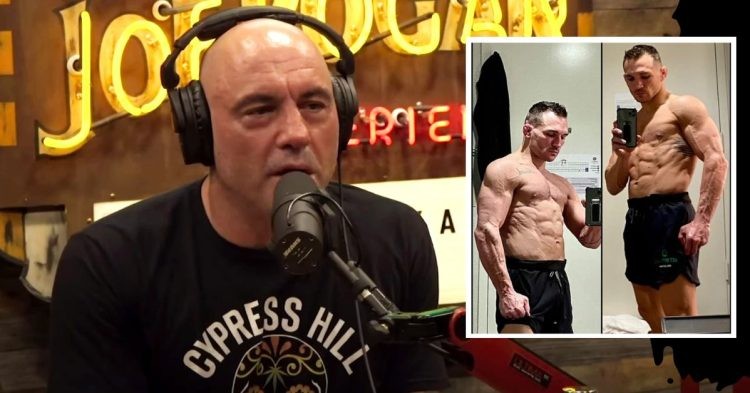 Joe Rogan described Michael Chandler as a “ball of muscle” who has zero-quit in him and always steps inside the Octagon with a “kill or to be killed” mentality and rightfully so. Chandler has shown time and again why he will go down as one of the most exciting fighters to ever step inside the cage.

“The thing about Chandler is, you got to take him out. He is not gonna quit. There’s zero quit in him.” Rogan says.

Whenever there’s a fight that involves Michael Chandler, it’s safe to say fans will be tuning in to catch the live action. Such is the reputation of Michael Chandler, who has in less than 5 outings inside the UFC Octagon, made a name for himself among the absolute elites of his division, and has already cemented his legacy in the UFC.

Michael Chandler is the first and the only fighter to hand a KO loss to Tony Ferguson and has picked up three performance bonuses in his four UFC fights, including a Fight of the Year outing against Justin Gaethje at UFC 268.

Ahead of quite possibly the biggest challenge of his UFC career in the form of Dustin Poirier at UFC 281, commentator and podcaster Joe Rogan broke down Michael Chandler’s style of fighting and raised eyebrows over his real weight.

According to Joe Rogan, Michael Chandler probably weighs around a massive 190 pounds when he is not fighting or preparing for a fight. He is also of the idea, Chandler weighs in at the welterweight limit of 170 pounds when he steps inside the Octagon, and makes the lightweight limit for a mere “20 minutes” to just hit the scale.

“He is also like this ball of muscle. Right now, get on the scale, he is 190. The dude is 155 pounds for about twenty minutes, and then he rehydrates, I bet he is 170+ when he fights.” Rogan opined.