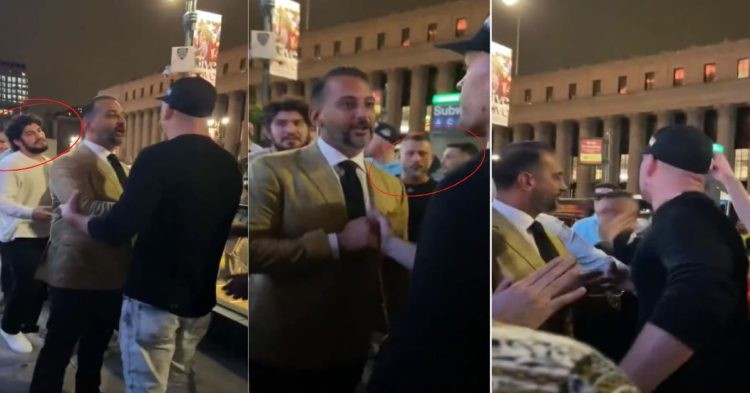 Nate Diaz seems to be getting into a lot of fights outside of the Octagon ever since parting ways with the UFC at UFC 279 less than three months ago. This time around, Diaz got into a bit of a scuffle with Conor McGregor’s teammate Dillion Danis outside the MSG, seemingly reigniting his rivalry with the Notorious Conor McGregor.

Nate Diaz reportedly slapped Dillion Danis’ friend outside the MSG and the duo got into a bit of a scuffle. The Stockton Slugger was present inside the MSG for the highly anticipated UFC 281 featuring Israel Adesanya and Alex Pereira in the main event. However, it’s surprising to note that the UFC camera did not pan on Nate Diaz throughout the UFC 281 broadcast.

UFC President Dana White wasn’t too surprised at the turn of events. Reacting to Diaz slapping Dillion Danis, here’s what the UFC maestro had to say. “That’s a shocker, did he really?” White said with a sarcastic tone.

“Nate called last night, he wanted tickets and he wanted six tickets. We didn’t have six tickets to give him so he ended up figuring it out and got some seats.”

“Yeah, I went over and talked to him tonight, and it’s all good. And every time they show up, I expect something to happen.” White added. There are reports that Diaz slapped Conor McGregor’s teammate Dillion Danis, however, as far as the videos are concerned, Diaz can be seen slapping Danis’ friend.

Why did Nate Diaz attack Dillion Danis’ friend at UFC 281?

There’s no clarity as to why Diaz slapped Danis’ friend. In the video doing rounds, Nate Diaz can be seen having a conversation with Audie Attar, founder of Paradigm Sports and Conor McGregor’s manager. During the conversation, Diaz appears to slap Dillion Danis’ friend at one point, igniting a ruckus outside the MSG.

How is there 45 phones around recording and this is the best video of Nate Diaz slapping Dillon Danis friend? #UFC281 pic.twitter.com/BIk5N5LShs

The last time Nate Diaz was at an event was when he attended Jake Paul vs Anderson Silva late last month. Diaz got into a brawl here as well, slapping Paul’s meditation coach. Paul would later call out Nate Diaz for a fight inside the boxing ring. However, Diaz has not given any statements.