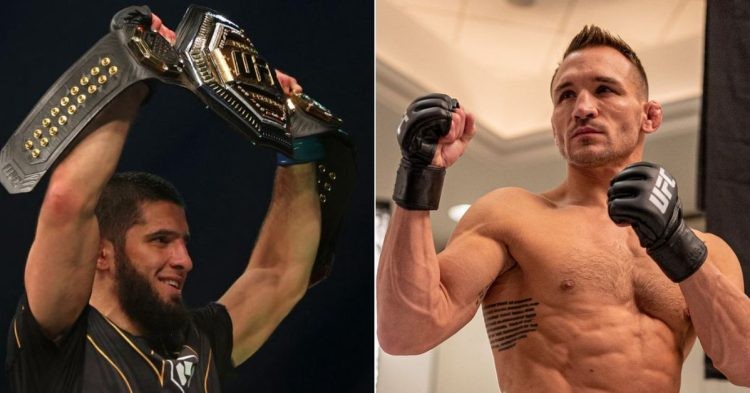 Michael Chandler is already eyeing a title fight against Islam Makhachev ahead of UFC 281. The former UFC title challenger fell short in his attempt to grab the UFC gold after suffering a second-round TKO loss against Charles Oliveira back at UFC 262.

Chandler would go on to put on a Fight of the Year performance against Justin Gaethje, followed by a vicious KO win over Tony Ferguson. He is now all set to take on Dustin Poirier on the main card of UFC 281 on November 12 inside Madison Square Garden.

“I think when I handle business on Saturday night, I think it will be undeniable that they’re going to want to see good old-fashioned passionate American vs Dagestani sambo, Dagestani grappling,” Chandler said.

Chandler believes a win over Poirier will set him up for a title shot and is confident that fans will also be rooting for him owing to his wrestling pedigree. It does look like Chandler is going to execute a different game plan than he has in his previous UFC fights, and it won’t be surprising to see if he decides to wrestle at UFC 281 just to send a statement.

Makhachev accepted the challenge after his victory against Charles Oliveira back at UFC 280 followed by a huge callout to the featherweight champion in Abu Dhabi.

“Islam has proved to himself to be our Champion. He is our Champion and we have to accept that. I think he is a phenomenal talent. I also think he needs to have his first title defense against a lightweight. He needs to get through another lightweight before they start talking about super fights.” He added.

Michael Chandler is an All-American Division 1 wrestler. While we have seen very little of his wrestling side inside the UFC Octagon, Chandler has impressed many with his grappling prowess during his time in the Bellator. The very little that we have seen Chandler grapple inside the Octagon was against Charles Oliveira, and the UFC Lightweight looked quite comfortable going to the ground against Olives.