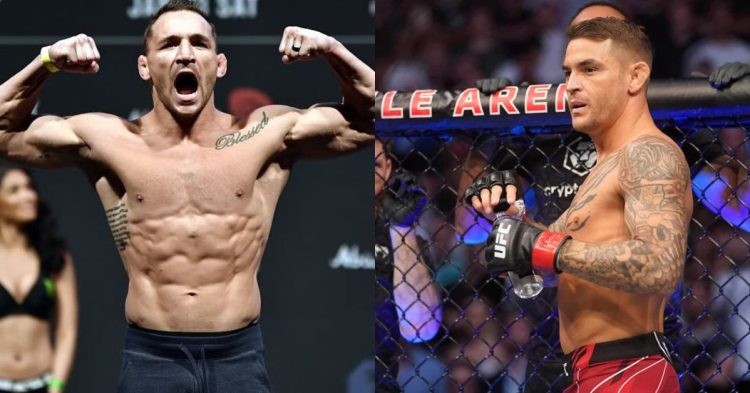 UFC 281 is on the way and showcases one of the more unique cards closing out this year. It features two title fights on the card, Israel Adesanya vs Alex Pereira (middleweight) and Carla Esparza vs Zhang Weili (strawweight). Besides the title bouts, Dustin Poirier vs Michael Chandler (lightweight) is one that already caught a lot of eyeballs.

Frankie Edgar vs Chris Gutiérrez (bantamweight) is Edgar’s last MMA fight and will be an emotional fight for the 41-year-old. Dan Hooker is also going to make his lightweight return against Claudio Puelles (lightweight).

Can Chandler knock out Dustin Poirier?

Michael Chandler is no joke when it comes to his sheer power. With 11 knockouts under his resume, Chandler does have a huge chance to land a knockout blow.

However, Dustin Poirier is one of the most experienced fighters in the UFC lightweight division. He has fought some of the best fighters of this generation such as Conor McGregor, Khabib Nurmagomedov, Charles Oliveira, Eddie Alvarez, Max Holloway and the list goes on.

Dustin Poirier is arguably the best boxer in the division. And when it comes to leg kicks, fans saw how dangerous the Diamond can be in his trilogy against Conor McGregor.

Michael Chandler’s wrestling can be a huge factor in this matchup if he decides to wrestle against Poirier early in the fight. However, Poirier has not relied on his wrestling skills so far in his past UFC fights.

For the majority of the fight, this is going to be a striking battle. And Dustin Poirier is a better striker than Michael Chandler. Even if the fight goes to the ground, Poirier is capable to survive some of the trickiest positions.

Dustin Poirier is the favourite to win this matchup and rightfully so. He has fought tougher opponents when compared to the former Bellator champion, Michael Chandler.

Chandler will come out guns blazing in the round 1. However, the Diamond is durable enough to survive the early storm and finish the fight when the opportunity presents itself.