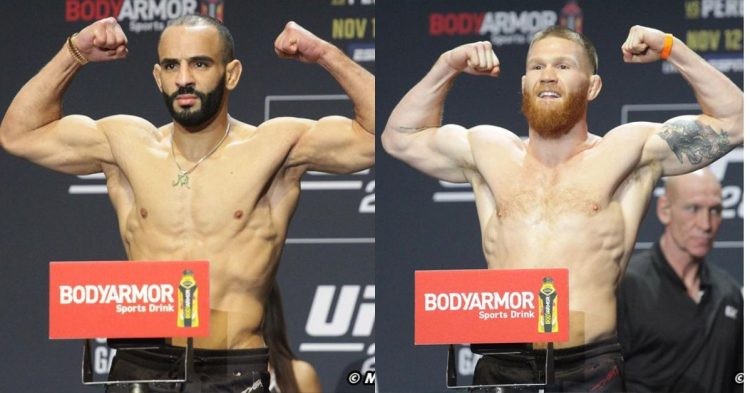 Ottman Azaitar is set to face Matt Frevola in the lightweight bout of UFC 281. Nov12 will see the two lightweights square up at Madison Square Garden in New York. They ultimately meet up 22 months after being scheduled at UFC 257 in Abu Dhabi after Azaitar and his team violated the UFC’s covid protocols. He was caught by the UFC staffers sneaking out of the bubble to retrieve a bag. Later his manager, Ali Abdelaziz said that it was potatoes that were in the bag.

Since that incident Azaitar having an MMA record of 13-0 hasn’t competed. His two victories in the UFC so far have come by first-round knockouts over Khama and Teemu Packalen. Matt Frevola, who has a 9-3-1 MMA record, is scheduled to fight again after having one of his greatest outings recently. He brutally knocked down Genaro Valdez four times in the opening round.

Ottman Azaitar was having a good run in the UFC, but two years have now passed since he competed. we have to see if the “Bulldozer” still has it with him. Since Azaitar’s last bout, Matt Frevola aka “The SteamRolla” has fought three times. Although he has lost twice, he has gained significant experience and is feeling confident after his most recent knockout.

This is going to be one banger fight for sure. The SteamRolla facing the Bulldozer is going to be a one-on-one collision. Frevola brings violence into the cage. He is not afraid to trade shots with his opponent.

But Azaitar has the power to shut the lights out of any fighter if he connects. If Frevola decides to stand up and trade shots as he did in his Valdez fight, he will get dropped.

At this stage, Frevola has had troubles, but Azaitar continues to climb pace. This fight should finish in another knockout for Azaitar, extending the Moroccan’s winning streak to 14 fights.