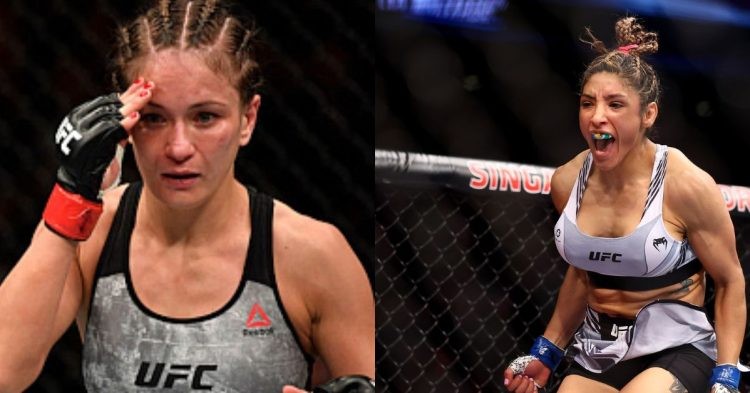 UFC 281 is all set to commence tomorrow on November 12 and the women’s strawweight division has an interesting fight to witness. Karolina Kowalkiewicz vs Silvana Gomez Juarez is one interesting prelim matchups at UFC 281. Both of these fighters do need momentum to proceed to the next stage of their careers and climb up the ladder for a title shot!

Karolina has fought for the title against Joanna Jedrzejczyk and Rose Namajunas. And it would be interesting to see the improvements Karolina has made ahead of his next fight.

Both of the fighters absolutely need a win and will aim to put on an impressive perfomrance in front of the crowd at Madison Square Garden. However, who will get her hands raised at UFC 281?

Karolina Kowalkiewicz was on a four-fight losing streak before she secured a submission victory against Felice Herrig thanks to her elite wrestling skills. Karolina Kowalkiewicz can be lethal for Silvana Gomez with her striking as well. And it won’t be a surprise if she gets a decision win at UFC 281.

Karolina is a volume striker. She only has one knockout win in her MMA career. And it won’t be surprising if her fight against Silvana Gomez Juarez does go to the judges’ scorecard.

Silvana Gomez, on the other hand, is not one of the best wrestlers in the division. She secured knockout wins against Diana Reyes, Gilsey Perea, and Na Liang in her last three wins.. She possesses incredible knockout power, which can be a trouble for UFC veteran, Karolina Kowalkiewicz.

With the volume of strikes, comes all sorts of blind spots for Karolina, which Silvana with her power can capitalize on. Silvana is also a pretty big fighter considering her size in the division and can put Karolina in trouble with her wrestling skills.

The logical pick for the fight would be Silvana Gomez Juarez. Silvana is too powerful an opponent and can secure a finish against Karolina Kowalkiewicz. Irrespective of the outcome of the fight, this should be an exciting matchup for the fans at MSG.