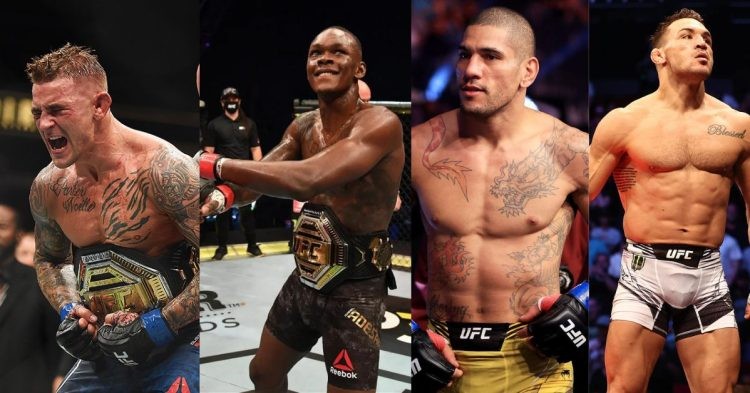 UFC 281 is the most anticipated fight card taking place this weekend on Nov 12. Most combat sports now include a spectacular walk-outs. Especially in the UFC, Fighters often draw attention because of the music they choose to enter in the octagon. The songs add to boost their confidence and spirits.

Another interesting bout fight fans are excited to watch is the lightweight battle between Dustin Poirier and Michael Chandler. It will be an important fight for both fighters to claim their next title shot. Since both fighters bring violence to the cage it will be a banger fight to watch.

Israel Adesanya always tries to create a show for himself as well as the fans. He is known for his dramatic entries to the fight before entering the octagon. For his battle against Jared Cannonier at UFC 276, “The Last Stylebender” entered the arena to the legendary theme tune of WWE Hall of Famer The Undertaker.

For one of the most crucial fights of his career, Israel Adesanya walked out to the iconic song,”Hello Zepp and Overture” by Charlie Clouser. Adesanya promised he would create a horror show at UFC 281. And him walking out to a song from Saw franchise certainly had the fans at MSG excited.

Both Adesanya and Pereira fought in UFC 276 under the same card, which was their last fight. Alex Pereira squared up against middleweight Sean Strickland in that fight. For that Alex Pereira chose Itsari by SEPULTURA as his walkout song.

Poirier’s bout walkouts feature James Brown’s “The Boss” as the backdrop. The 1973 edition of Brown’s Black Caesar album features this song. The No. 2 ranked former UFC interim lightweight champion uses this song in his walkout. He walked down with the same music in the previous Conor fights.

Michael Chandler is one of the most entertaining fighters in the UFC and doesn’t forget to give a show for the audience. Chandler in his fight against UFC lightweight Tony Ferguson at UFC 274 played “Paid My Dues” and “The Search” by NF.

UFC 281 is guaranteed to be one of the best fight cards of the year. And it’s safe to say that the walkouts are going to be electric in the iconic Madison Square Garden.