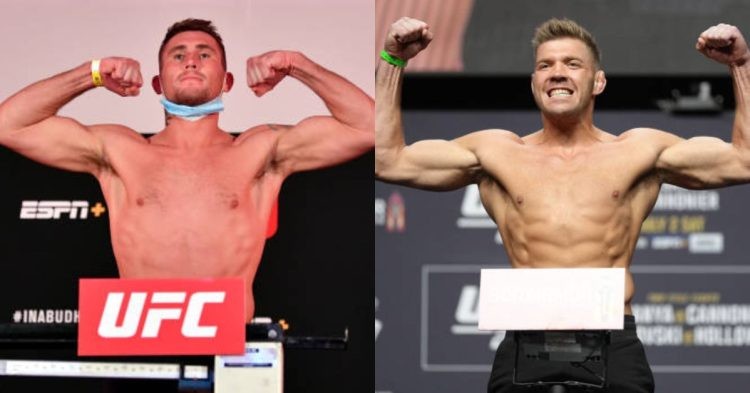 One of the most intriguing fights at UFC 282 is the middleweight banger between Darren Till and Dricus Du Plessis. The fight will showcase the return of Darren Till after more than a year. He will be fighting a rising prospect in Dricus du Plessis. It’s an important fight for the middleweight division, considering its landscape as the top three guys in the division has cleared the rest of the division. The winner f this fight will definitely be considered the next contender in line for the title shot.

The UFC 282 card will be headlined by Jan Blachowicz and Magomed Ankalaev fighting for the vacant light-heavyweight title. In the co-main event, rising talent Paddy Pimblett will face off against Jared Gordon.

Darren Till will be heading into one of the most important fights of his career. He is 1-4 in his last five fights and is coming off back-to-back losses against Derek Brunson and Robert Whittaker. Till has also dealt with the loss of injuries in recent times. He will be looking to get back into the win column this Saturday. The fight won’t be an easy one for Darren Till, considering the fact that he is coming off a year-long layoff. His last win was against Kelvin Gastelum.

On the other hand, Dricus Du Plessis has had an amazing year in the UFC. He is on a five-fight winning streak. Dricus has looked amazing in his last couple of flights. Du Plessis will definitely present a strong challenge in front of the former welterweight title challenger. He has finished 4 of his last five opponents and has looked good in all aspects of the sport.

Can Darren Till score a win over rising talent Dricus Du Plessis?

Darren Till will be heading into the fight with a lot of pressure behind his back. He has already lost four fights in his last five outings. Another loss can get him off the UFC roster. While Dricus will be looking to get a big name on his resume with an amazing performance against Till.

Fans believe that it will be an amazing fight as both the fighter are from striking backgrounds. People are hoping to see a standup battle. Till has suffered against grapplers in his last outing. But he doesn’t have to worry about that going into this fight. Dricus du Plessis is himself from a kickboxing background. So the stats indicate that it will be a striking battle.

Darren Till will have to be careful even in the striking battle, as Dricus has shown some amazing striking skills in his previous three fights with the promotion. Till will have to use his MMA experience and maybe look for a takedown. If things get bad on the feet Till might look to shoot as he has been training with a certified wrestler like Khamzat Chimaev. But if Du Plessis is successful in stopping that, he has the caliber of finishing Till in the striking exchanges.

Though the fighters are evenly matched, considering the momentum, Dricus Du Plessis might get his hands raised.