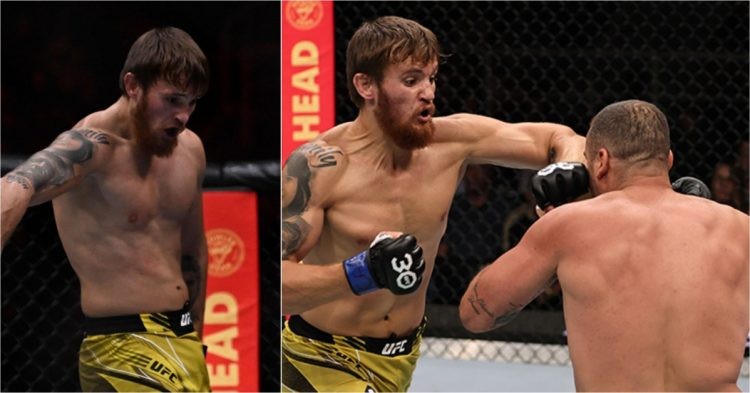 Mauricio “Shogun” Rua retires at UFC 283 after losing against Ihor Potieria in the prelims of UFC 283. Shogun let the fans know that it would be his final fight in an MMA career that extended over 21 years. Hence, fans really hoped that he would end his career with a win. But the Ukrainian fighter had other plans and he executed them perfectly.

At the age of 41, going up against a young stallion like Ihor was going to be a tough task for Shogun Rua. However, fans did expect a competitive bout between the two. Rua was certainly up for the battle as he landed 17 significant strikes and 21 strikes in total. Although the fight ended within the 5-minute mark of the 1st round, both fighters did their best to entertain the fans.

But Ihor Potieria was just one step ahead of the veteran fighter and landed 27 strikes in total. Although Mauricio Rua tried his best to stay in the fight, Ihor’s power was ultimately too much for Shogun’s weathered chin to withstand. Potieria picked up the 20th win of his pro-MMA career at the 4:05 minute mark of the first round at UFC 283.

Shogun was understandably overcome by emotions after the bout. With his home crowd cheering him on, Rua thanked his fans, family, and UFC President Dana White. He was congratulated by Daniel Cormier too, who was conducting the post-fight interview.

The 41-year-old added, “First of all, sorry you guys. I wanted to end my career with a win. But you know, I’m gonna stop it right here, I’m gonna end my career here. I’ve been in the game for 21 years, in the UFC for 16. I have to thank my fans, everyone, Dana, Lorenzo, everyone in the UFC that made it happen throughout all these years.”

Mauricio Shogun Rua is one of the fighters who stay away from controversies and focuses on his fighting. Hence, the Brazilian is a beloved fighter by many of the fans and the fighters in the sport.

Hence, Ihor’s celebratory dance after knocking out Shogun Rua offended many. UFC welterweight fighter Stephen “Wonderboy” Thompson was one of the figures who expressed his displeasure about it.

Ok I hate this guy now

Definitely not a fan of the disrespectful “celebration” by ihor…could have just been heat of the moment but still Rua is a legend that deserves only respect! #UFC283

Mauricio Shogun Rua started his MMA career in 2002 and managed to win the PRIDE Middleweight Grand Prix and the UFC light heavyweight title in his career. His retirement brings an end to the era of perhaps the golden generation of MMA fighters. At the time of his retirement, his MMA record stands at 27-14-1.