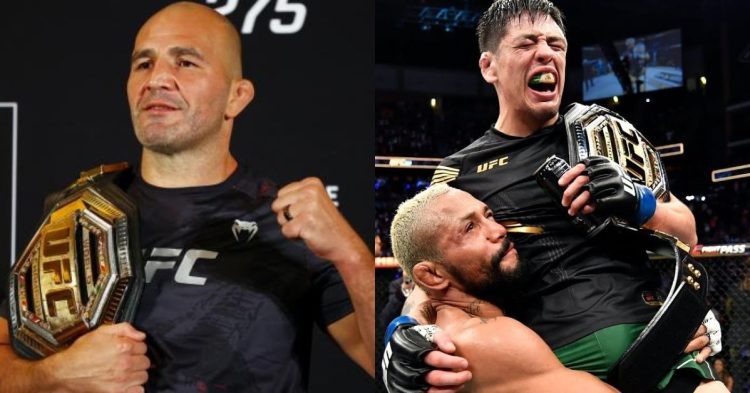 Check out UFC 283 Fight Purses for all the fighters on the main card. (Credits: Twitter)

UFC 283 promises to kick off the new year with some high-stakes and exciting matchups. Making its return to Rio De Janeiro in Brazil, the fans are in for a treat. As such, you may be wondering, how much are the fighters making? Thus, let’s take a look at UFC 283 fight purses and how much money the fighters will make.

Firstly, let’s begin by taking a look at all the fights in store for us. For our main event, we have the light heavyweight title bout between Glover Teixeira and Jamahal Hill. Taking over from Blachowicz, Ankalaev, and an injured Jiri Prochazka, it’s up to Texeira and Hill to decide the new light heavyweight champion.

Additionally, in the co-main event, we have Deiveson Figueiredo taking on Brandon Moreno for the fourth time. In what has become the greatest rivalry in the history of the flyweight division, current champ Figueiredo will fight interim champ Moreno in a title unification bout. With the series set at a draw and one win a piece, this is a conclusion you don’t want to miss!

Moreover, we will also see top welterweights Gilbert Burns and Neil Magny, Lauren Murphy vs Jessica Andrade, and the main card will kick off with a banger fight between Paul Craig and Johnny Walker. That sums up your main card for the night.

Starting off, Paul Craig is set to earn a guaranteed $85,000, with his earnings set to double up to $170,000. On the other hand, Johnny Walker will pocket $151,000 including bonuses and sponsorship payouts, should he win the fight.

According to reports, Glover Teixeira is set to make a reported $500,000 base salary. On the other hand, Jamahal Hill will receive a base salary of $110,000. Notably, Teixeira and Hill will also receive a reported PPV payout of $300k and $100k. Thus, with all bonuses, and sponsorships, Teixeira will likely receive $800k and Hill might earn $300k, depending on a win or loss.