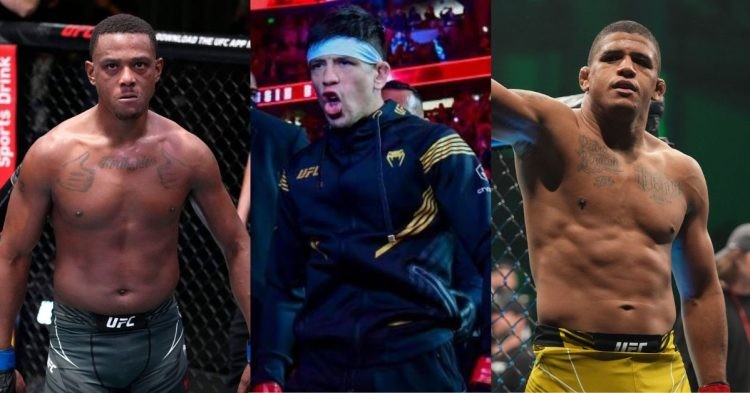 UFC 283 has the most stacked fight card taking place this weekend on Jan 21. As with most combat sports, the UFC has also had a longstanding tradition of electrifying walk-outs. Thus, fighters often have to make a big decision on which song they want to walk out to. After all, the songs are meant to get the crowd hyped and help the fighters to get in the right head space before the fight.

For UFC 283, the promotion is making its return to Rio De Janeiro, Brazil at the Jeunesse Arena. Notably, UFC 283 will feature the light heavyweight title bout between Glover Teixeira and Jamahal Hill as the main event. Following the injury to Jiri Prochazka, Jan Blachowicz and Magomed Ankalaev fought for the vacant title at UFC 282.

However, with the fight being a snooze-fest, Teixeira and Hill have been given the nod. In the co-main event, flyweight champs Deiveson Figueiredo and Brandon Moreno will go at it for the fourth time. Additionally, we have Gilbert Burns taking on Neil Magny, with both fighters aiming for the top spot in their division.

Which songs will Glover Teixeira and Jamahal Hill use for their UFC 283 walkouts?

Which songs will Deiveson Figueiredo and Brandon Moreno use for their walkouts?

Current interim flyweight champion Brandon Moreno generally tends to walk out to his theme song, ‘El Corrido del Bebe Asesino’ by Ariel Macias. As such, ‘The Assassin Baby’ used the same song for all three fights against Deiveson Figueiredo at UFC 256, UFC 263, and UFC 270. Most recently, he also used it for his walkout at UFC 277 against Kai-Kara France.

Which songs will Gilbert Burns and Neil Magny use for their walkouts?

Making a return to home soil, #5 ranked ‘Durinho’ will most likely walk out to ‘Medley’ by a Brazilian artist called Mc Buchecha. Previously, Burns has used the same song on numerous occasions. Most notably, he walked out to it at UFC 264 when he beat Stephen Thompson.

Previously, for his fight against Geoff Neal in 2021, Neil Magny came out to “No Regrets” by Lecrae featuring Suzy Rock. However, for his bouts against Max Griffin, Shavkat Rakhmonov, and Daniel Rodriguez, Magny has walked out to “Every Chance I Get” by DJ Khaled and will likely continue that trend.

Which walkout are you most excited about? Who do you think will have the most captivating entrance on the night? Leave your thoughts in the comments below.