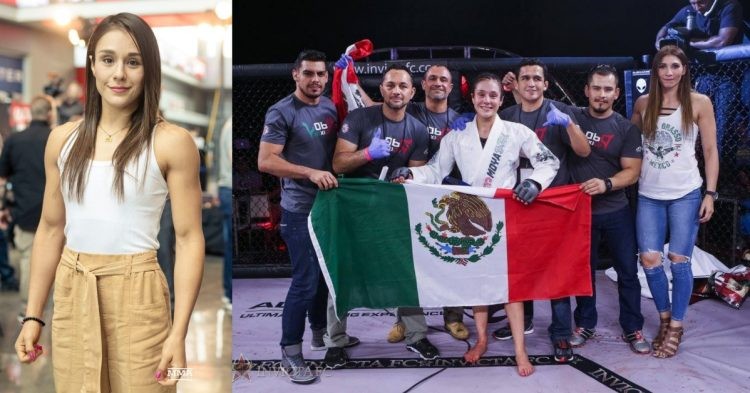 Alexa Grasso Montes competes in the flyweight division. In her home in Mexico, Grasso made her professional MMA debut in December 2012.

After a remarkable run on the regional level, Grasso (14-3) has now found consistency in the UFC. After an 8-0 start to her career outside of the organisation, the Mexican fighter had an up-and-down journey of victories and defeats throughout the course of her first seven Octagon outings. With a three-fight winning streak highlighted by her first-ever UFC stoppage victory over Joanne Wood in the first round in March. Since then Grasso has undeniably turned the corner. Grasso is confident that she will win the title soon.

It took three impressive wins for Grasso to become a Top Five contender. For the 29-year-old fighter, who has quickly established herself in a position to compete for a title it has been nothing short of magnificent.

She is a ferocious fighter with a diverse skillset. She is a well-rounded fighter with exceptional striking ability. The Mexican fighter’s adeptness on the ground has aided her greatly during her MMA career.

She endeavours to compete for the title next since she stated in an interview, “My goals for 2022 are to win all my fights in a blunt way to meet all requirements to be in line for a title shot, I’m not the matchmaker, but I hope to be pretty close to it after this next fight!”

Is Alexa Grasso a Mexican who is dating a Mexcian fighter Yair Rodriguez?

Alexa Grasso was born in Mexico and her nationality is Mexican since she resided there for the longest time.

Luis Grasso is the father of Alexa Grasso. Her mother, as of yet is unidentified. The identity of Grasso’s mother is currently unknown due to lack of information about the same.

Even though Grasso is one of the most well-known MMA fighters right now, she is very reserved in her romantic relationships. People keep asking the attractive Mexican fighter about her relationship. But, she has never discussed it in public.

However, Alexa is said to be dating fellow Mexican and MMA fighter Yair Rodriguez. Although as of yet it is merely a rumour and neither one of them have confirmed the relationship as of yet.