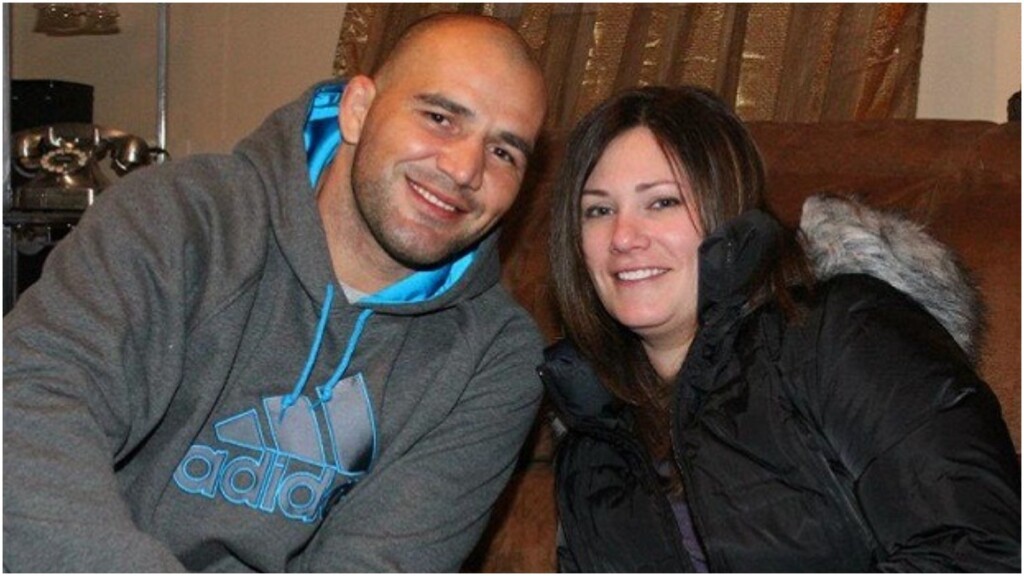 At the age of 42, Glover Teixeira was able to beat contenders after contenders in the UFC light heavyweight division and earned himself a title shot against the champion, Jan Blachowicz.

Glover might not be the best fighter in the history of UFC. But, he will certainly go down as one of the toughest fighters to ever grace the UFC octagon.

‘Behind every man’s success, there is a woman’ is very true in the case of Glover’s success. His wife, Ingrid Peterson, is a huge inspiration behind his success. Their love story is truly an amazing story, with a very romantic touch to it.

How did Glover Teixeira Meet His wife Ingrid Peterson?

Glover Teixeira is originally from Brazil and his wife is from the US. Glover had to move to the US at a very early age of 20 to support his family. He met his wife Ingrid in a gym, and they married after two years of dating.

Life was not very easy for them. Glover had moved to the US illegally, and UFC had bought WEC during that period. The visa rules had become stricter after the 9/11 attack.

This forced Glover to return to Brazil to sort out these issues. For four years, they both barely met. A lot of struggle took place in sorting out the issues.

After all the hardship, he was finally granted a green card in 2011. The couple has shown strong perseverance during this period. Despite all the problems faced, they did not give up.

There was also a period when Ingrid met with an accident and there was some part of her that was affected psychologically.

However, the determination shown by them is highly remarkable. It was a period of difficulty for immigrants to America. The laws became stricter and a lot of struggle was faced by many people. Glover was no exception to that.

Without his wife’s support, he could not have achieved what he has. Ingrid claims she still gets tensed when she watches him play, but she is used to it now.

Currently, Ingrid Peterson is leading a very private life, away from social media. It is known that she currently manages his combating enterprise.

Does Glover Teixeira and his wife have any Children?

The exact date of when Glover and Ingrid Peterson got married is not available. However, the couple has been together for almost 23 years now.

The information regarding Glover and Ingrid Peterson having children is currently under wraps. But Glover does share loving pictures of him and his wife together on social media from time to time.

When is Teixeira fighting next?

In 2021, Glover Teixeria became the second oldest man to win a UFC championship. At age 42, he beat (then-champion) Jan Blachowicz at 267. Despite his age, Teixeira is not ready to hang up the gloves just yet.

On June 11th 2022, Glover will fight the Czech sensation Jiri Prochazka. The bout will be the main event of UFC 275 which is set to take place in Singapore.