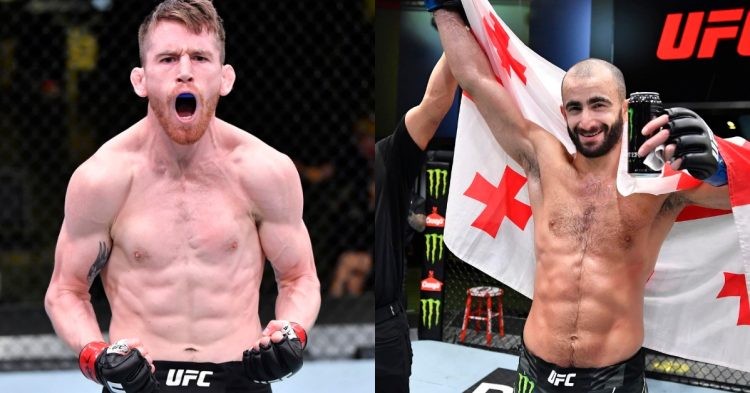 The UFC has announced two banging matchups for an upcoming UFC Fight Night card that will keep the fight enthusiasts highly excited. Former bantamweight title contender Cory Sandhagen will be back in action against rising star Song Yadong in the main event of UFC Fight Night that will take place on September 17th.

It is needless to say that fans were eager for Sandhagen’s return as he last fought inside the octagon in October 2021 against Petr Yan. Cory Sandhagen fell short in this matchup as Yan outclassed him throughout the five rounds.

As we build up this fight, fans will be highly anticipated because this is a matchup which features highly exciting and skillful strikers. Besides, despite Sandhagen’s recent losses, he has put on a great show every time he has stepped inside the octagon.

On the other hand, Song Yadong is in great form and will be extremely confident as he is on the back of two brilliant knockout wins to his name. He will look to extend his winning streak to three and add a big name like Cory Sandhagen to his winning resume.

This card also features the return of Giga Chikadze who will square off against Sodiq Yusuff in a featherweight bout which will take place in the co-main event. This news of the 145-pound matchup was announced during the UFC Vegas 58 event.

Speaking about this fight, Chikadze will look to bounce back after his seven-fight winning streak was ended by Calvin Kattar back in January this year. The Ninja suffered a unanimous decision loss in what was an all-out war that went to the distance.

Meanwhile, Sodiq Yusuff picked up a dominating unanimous decision win over Alex Caceres in his last fight that took place in March this year. It is needless to say that this matchup is expected to deliver violence, given their fighting styles.

Apart from the entertaining aspect, both the fights are very crucial for their respective division as they will make a big difference in the rankings. With that being said, do let us know your thoughts about these fights that are added to the September UFC Fight Night card.