Beneil Dariush Ethnicity and Religion – Is the Iranian Fighter a Christian? 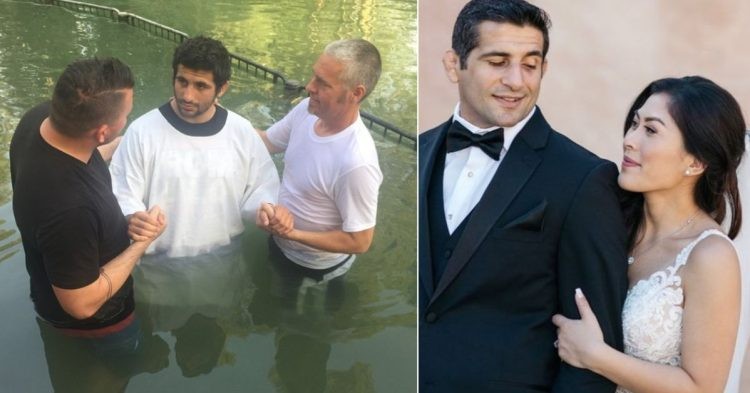 Beneil Dariush made his UFC debut way back in 2014, and after all these years with his fair share of ups and downs, the Iranian fighter stands at the cusp of global stardom. Dariush’s UFC journey started with a submission win over Charlie Brenneman, only to suffer the first loss of his professional career in the form of a first-round stoppage loss against Ramsey Nijem.

Dariush would go on to secure a five-fight winning streak, picking up wins over the likes of Jim Miller and Michael Johnson, only to once again find himself at the receiving end of a setback, suffering a submission loss against Michael Chiesa. Back-to-back KO losses at the hands of Edson Barboza and Alexander Hernandez, and Dariush found himself in a peculiar spot.

The Iranian fighter is talented, there’s no denying that. However, consistency eluded the lightweight contender, keeping him at bay from the title shot. All these years later, Dariush is right where he is supposed to be; among the elites of his weight class with notable wins over the likes of Tony Ferguson, Carlos Diego Ferreira, and Thiago Moises among others.

Beneil Khobier Dariush is a devout Christian of Assyrian descent. He was born in Urmia, Iran, and currently resides in Yorba Linda, California, United States. Dariush has spoken publicly about his religious beliefs and credits God for everything he achieved over the years.

“You get a glimpse of how good God is, how great God is, he sees all and has a plan for all. In those five minutes that I was in that Octagon, I had a vision that I never had actually.” Dariush said following his spinning back fist KO of Scott Holtzman back in August of 2020.

Dariush recalls the first time he read the Bible and how his belief in God only grew stronger from there. Dariush was just 22 at the time.

“As I was showing up, something was happening and I kept hearing about Jesus and the sacrifice and the cross. So I picked up my Bible.” Dariush added.

“I didn’t understand a lot of it but there were some things that were very convicting. As I went through it, I started to see a change in myself, and I finally kind of started to understand the cross. That was when kind of the switch happened. I think this happened at 22-23 I started going to Church, I think I finished the Bible at like 24-25, and then I started reading it again and at the same time I gave my life to the Lord.”

Watch this interesting interview where Beneil Dariush talks about his religious beliefs and how that snowballed into making him a prolific MMA fighter.

Beneil Dariush’s faith in God has transformed his UFC career

Dariush is a common Persian name and a common name in Iran, meaning “holding firm the good”. The UFC lightweight has admitted that his biblical beliefs have helped him in his UFC career. It is because of his belief that he has been able to find a newfound motivation whenever he steps inside the Octagon.

“One of the things I have come to realize, I don’t fight out of hate anymore, I don’t fight out of anger anymore. I focus on what is my motivation and what is my goal. The goal is to go out there and glorify god. That’s goal number one. And it goes, ‘how do you do that?’ and how much discipline does that require? How do you stay motivated in those things. These are things that I have taken from the Bible and I have applied it to my career.” Dariush admits.

It wasn’t always like this for Dariush. He had to change his mindset and his belief in God brought that change in him. Dariush admits he has been a fighter longer than he has been a Christian.

There was a point in Dariush’s life when he didn’t know what to do in his life. The financial situation at home forced him to get serious in his life and find a way to earn money to make ends meet. “God if you are real, if you are up there, give me something. It must have been a week or two later, that I got a call for a professional fight in Brazil.” Dariush recalls.

Beneil Dariush is widely regarded as one of the best mixed martial artists today, and the Iranian fighter continues to cement his legacy with a row of impressive performances to his name.