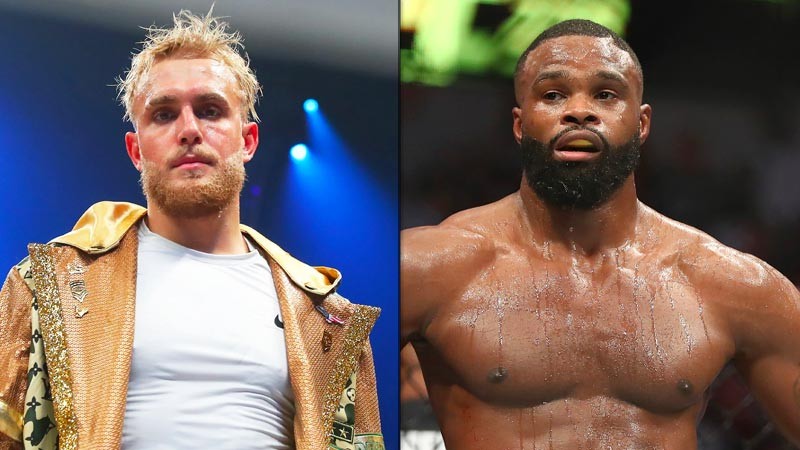 Fans have accused Jake Paul of picking easy fights and not accepting fights against “Real Fighters”. However, Jake Paul has possibly found a way to shut down the critics with his next fight.

As per reports, The Problem Child is going to take on the former UFC welterweight champion, Tyron Woodley in his next boxing match.

In a recent post, Mike Coppinger confirmed that Jake Paul will fight Tyron Woodley under the recently signed multi-fight deal with Showtime. It’s also expected that ahead of the exhibition fight between Logan Paul and Floyd Mayweather, Jake Paul and Tyron Woodley will face off in Miami on Friday to promote the event.

Paul even teased his fans about his next fight and said:

The Younger Paul brother is coming off a huge TKO victory over former MMA world champion, Ben Askren. He is unbeaten in his pro boxing career so far and it seems he is now willing to fight tougher opponents as he takes on Woodley next.

On the other hand, Tyron Woodley is coming off 4 fight losing streak in UFC. Now we are talking about two different sports here and it’s some may claim that Woodley’s losses in UFC won’t affect his performance in a boxing match. But, he will not be as confident as The Problem Child when he enters the ring because of those losses.

If we compare the level of opponents Woodley has faced in his career to Jake Paul’s then it is an easy fight to predict. However, we have already seen Ben Askren paying a heavy price for underestimating Jake Paul. And considering the fact that Woodley is not in his prime anymore and he has been gun shy in his last few fights, it won’t be wrong to say that Jake Paul has a significant chance at beating Tyron Woodley.