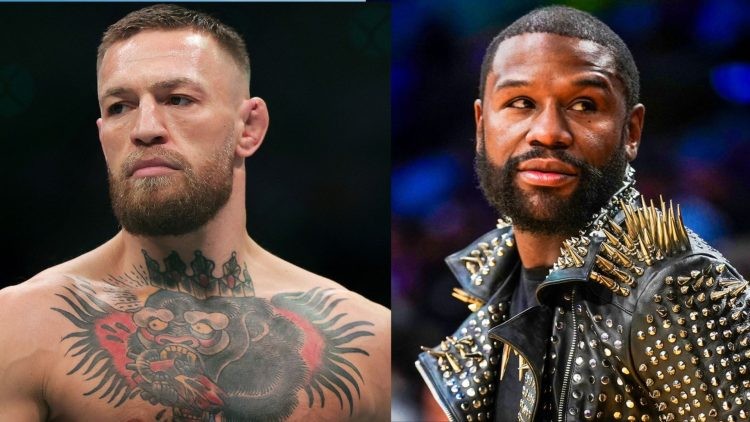 Conor McGregor and Floyd Mayweather are in talks to enter the squared circle again as per the rumors. The rumors have flooded the internet after the Irishman posted a cryptic message on his Instagram. The post included a photo of their first matchup and the caption “I accept”.

While there is no confirmation from either one of the two yet, the fans would have to wait at least until the end of the year to see them fight again. Floyd Mayweather is currently set to take on the Japanese MMA fighter Mikuru Asakura in September later this year.

Moreover, it is worth noting that Conor McGregor is still recovering from the nasty leg injury he suffered last year during his trilogy bout against Dustin Poirier. While there were talks of him returning to the octagon as well, it will be interesting to see if he decides to fight Floyd Mayweather first.

When was the first fight between Conor McGregor and Floyd Mayweather?

The first fight between Conor McGregor and Floyd Mayweather took place back in August 2017. The fight was attended by 14,623 fans at the T-Mobile Arena in Las Vegas. Unlike Mayweather’s recent outings, this bout was a professional fight and he was walking into the match with an undefeated record of 49-0.

Floyd Mayweather managed to beat Conor McGregor by TKO in the 10th round to further extend his undefeated record to 50-0. Following this victory, Mayweather called it quits and has not fought professionally since then.

How much money did Conor McGregor and Floyd Mayweather make for the fight?

The Conor McGregor vs. Floyd Mayweather bout sold nearly 4.3 million PPVs. This could’ve only resulted in one thing, which was a lot of money made for both fighters. The guaranteed purses for the fight were $100 million for Mayweather and $30 million for McGregor.

However, the real numbers are far beyond this. ‘Money’ made an estimated $280 million from the fight and on the flip side, McGregor made nearly $130 million. It is expected that Floyd Mayweather will earn another nine-figure pay day if the fight happens. No wonder why these two would want to get in the ring again, right?