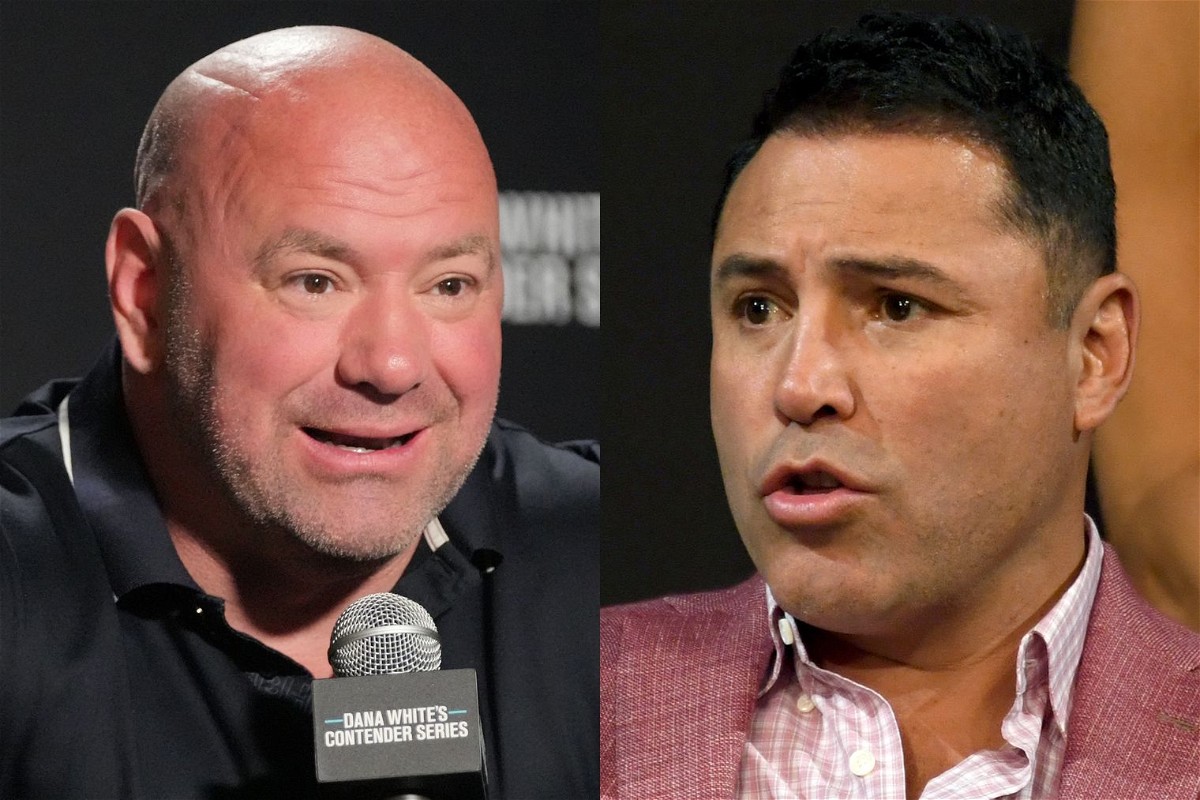 It is a well known fact that UFC President Dana White and Oscar De La Hoya do not like each other and they both once again ignite their rivalry.

The MMA and the Boxing promoters hate each other’s guts and their feud has been going on for a long time now. The topic for trash talk this time was the “UFC’s fighter pay system.”

Just minutes after the main event of UFC 266 ended in Las Vegas, De La Hoya took to Twitter with a message sent to featherweight champion Alexander Volkanovski following a unanimous decision win against Brian Ortega.
De La Hoya took aim at the paycheck that Volkanovski will take home after engaging in a five round battle with Ortega to retain his Featherweight strap.

Hey @alexvolkanovski you just won a brutal battle for @ufc and made 1/20 of what you’re worth. @danawhite have some fucking respect for yourself and these fighters and pay these warriors what they deserve

“Hey Alexander Volkanovski, you just won a brutal battle for UFC and made 1/20 of what you’re worth,” De La Hoya wrote. “Dana White, have some f*cking respect for yourself and these fighters and pay these warriors what they deserve.”

White wasted no time in responding to De La Hoya’s accusations. He gave a typical Dana White reply to the former boxer. “Shut the f*ck up crack head,” White wrote. “Faking that you had COVID and robbing me of watching you get knocked the f*ck out by Vitor Belfort. You should win an academy award for your hospital performance.”

STFU U crack head. Faking that u had Covid and robbing me of watching u get KTFO by @vitorbelfort you should win an academy award for your hospital performance.

The back and forth didn’t end at that. Later both Dana White and Oscar De La Hoya landed blows on their respective Instagram stories. Both were throwing virtual punches at each other. It looks like this rivalry is not coming to an end soon.

Oscar De La Hoya was going to face Vitor Belfort in the Triller Fight Club main event on Sept. 11 in Los Angeles, but he pulled out from the fight after testing positive for COVID-19. Belfort fought Evander Holyfield instead of De La Hoya and stopped Holyfield in the very first round.