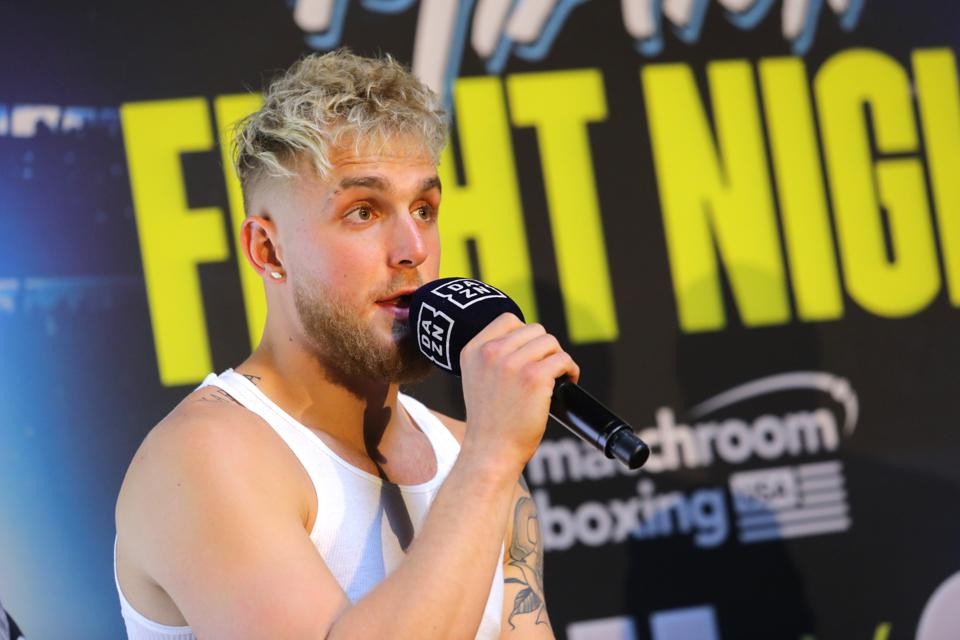 Giving an interview to ESPN MMA. Jake Paul mentioned that he had heard a rumor about the Irishman mistaking Machine Gun Kelly for him, which led to an altercation between the duo at the red carpet.

‘The Problem Child’ said: “It’s hilarious. Some people are saying that Conor McGregor mistook him for me because we look the same, like blonde hair, little bit tall. That was like the rumor that happened. I think it’s hilarious.”

Talking to ESPN’s Marc Raimondi, Jake Paul questioned about Conor McGregor’s behavior at the VMA. He enquired about why the Irishman was on a red carpet throwing drinks at Megan Fox and Machine Gun Kelly. He criticized McGregor and called his antics as a “disrespectful” behavior.

“Conor McGregor is a real fighter. Why is he on a celebrity red carpet throwing drinks at Megan Fox and Machine Gun Kelly? It’s just disrespectful.”

Paul also called Conor McGregor an “idiot” for getting into a scuffle with the rapper. He also stated that MGK handled the situation like a professional. Jake Paul even went further and said that McGregor used the altercation as a “tactic” to gain attention on himself.

“But Kells (MGK) handled himself like a professional, he didn’t get hot, he didn’t retaliate because I think he knows that Conor just looked like an idiot. This guy is falling apart and trying to find any reason to get attention.”

Jake Paul is coming fresh off a victory against Tyron Woodley in a boxing match. He has been calling out Conor McGregor since past several months and has often been targeting the Irish on his social media.

McGregor is still recovering from the horrific injury which he suffered at UFC 264 against Dustin Poirier. It would be interesting to see the next chapter of the Paul-McGregor saga.