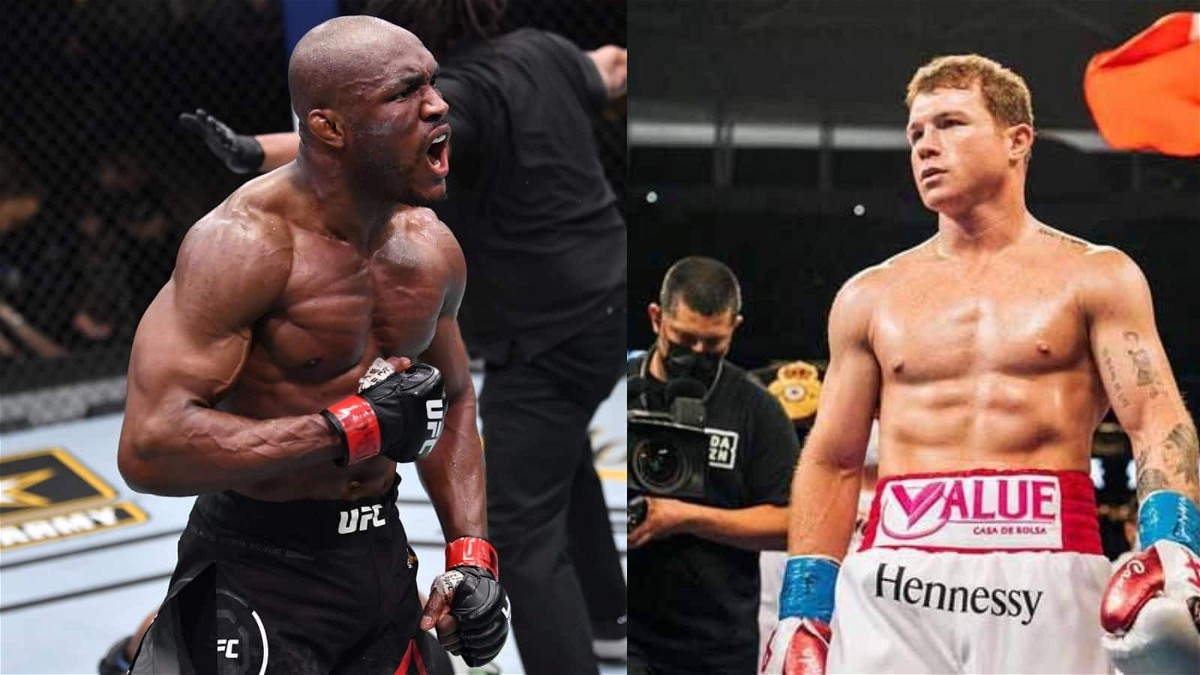 UFC Welterweight Champion Kamaru Usman is a household name in the world of MMA right now. In recent times, ‘The Nigerian Nightmare’ has been openly discussing about a potential boxing fight against arguably boxing’s biggest superstar Saul ‘Canelo’ Alvarez.

Kamaru Usman thinks that the Canelo fight would be an exciting matchup for the world to see. Usman also believes that both fighters being the pound-for-pound kings in their respective disciplines will be a key factor in putting together the crossover bout.

Kamaru Usman sees his potential boxing match against Canelo Alvarez playing out differently than Conor McGregor vs. Floyd Mayweather. Usman while speaking with MMA Junkie talked about how his matchup with Canelo is going to be so much better than the McGregor vs Mayweather fight.

“Mayweather-McGregor, they entertained people with the way they talked and the way they walked. We know Conor, the way he entertains, so does Floyd. But Floyd is the absolute best defensive fighter we’ve ever seen. I’m a fighter, I’m gonna come to fight. I’m always marching forward to fight. So is Canelo Alvarez. He’s marching forward to fight. He’s not sitting here just trying to dodge punches the whole time. Even though he does dodge punches, he’s not trying to do that the whole time.”

Fans are waiting with bated breath when it comes to Kamaru Usman squaring off against Canelo Alvarez. It remains to be seen whether that will ever happen or not. Do you think Usman vs Canelo will ever happen? Let us know in the comments section below.