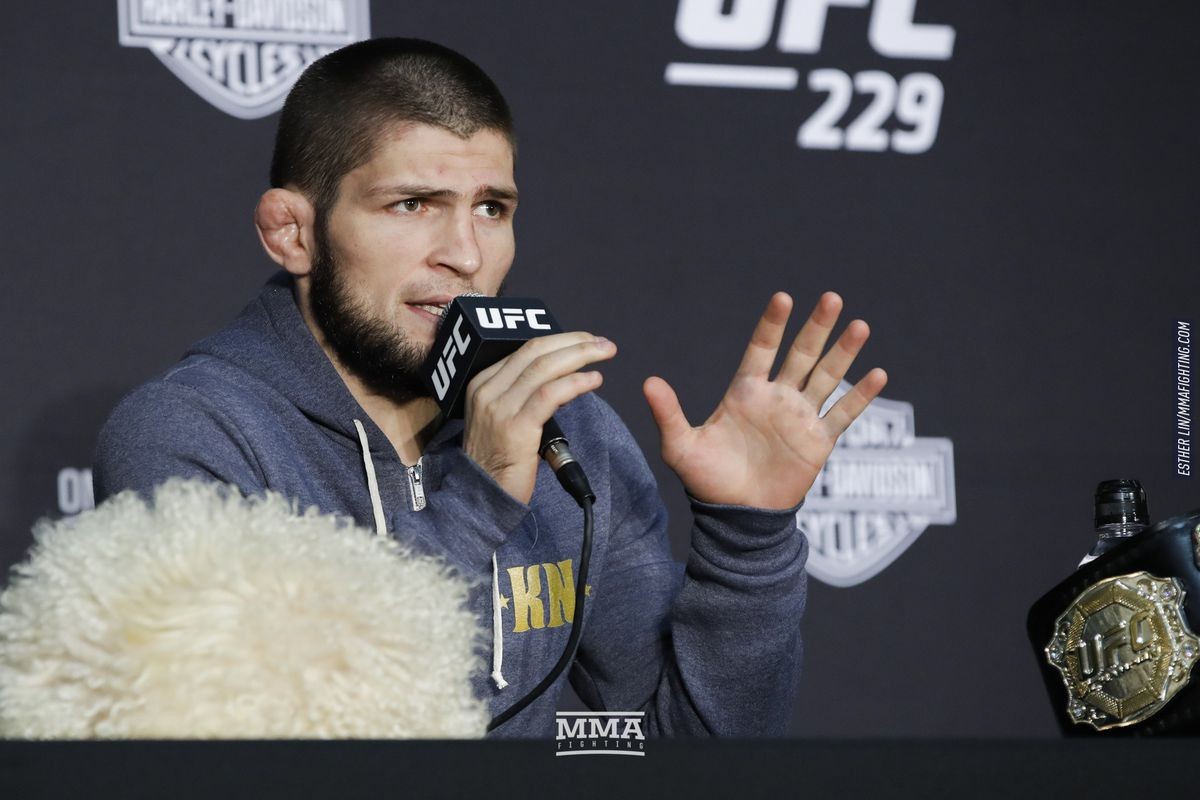 Many fighters and celebrities enjoyed the exhibition fight between Floyd Mayweather Jr vs Logan Paul even though the match ended without a winner. But there were many people who believed that the fight was not competitive. Khabib Nurmagomedov is one of the people who agreed with that opinion.

The Eagle gave his opinion regarding the exhibition fight that took place on 6th June in a press conference in Kazakhstan ahead of EFC 37. “What’s there to say? They came out, made money. It’s purely business. There was no competitive aspect to it. Old Mayweather came out, they sparred and made money. What else is there to say? The guys decided to make money? Should I tell them to not make money and not fight? They came out, put on a show, and earned tens of millions. I have no interest in doing something like that yet.”

Also read: Why Did Nate Diaz Get Into a Brawl With Khabib Nurmagomedov and His Team? Khabib Nurmagomedov was one of the best fighters in the UFC with an undefeated record of 29-0. So after his retirement, there were reports that he might fight in some exhibition fights. According to his manager Ali Abdelaziz The Eagle had received an offer of $100 million to fight against Floyd Mayweather Jr in a boxing match.

However, Khabib denied the offer as he had promised his mother that he won’t step in the octagon or any kind of combat sports after his fight against Justin Gaethje at UFC 254. In an interview with RT sports, Khabib Nurmagomedov mentioned that his main goal is to promote the talent that is present in Russia. He is also trying to expand his promotion by trying to approach ex-fighters from the UFC. EFC is trying to negotiate with lightweight fighter Adriano Martins and Will Brooks.

Therefore it is safe to assume that Khabib Nurmagomedov won’t make a return to combat sports for a long time as his primary focus is to popularize his own fighting organization EFC( Eagle Fighting Championship).

Also read: “I Don’t Even Know What to Prove”- Khabib Nurmagomedov Says He Doesn’t Have a Reason to Make a UFC Comeback