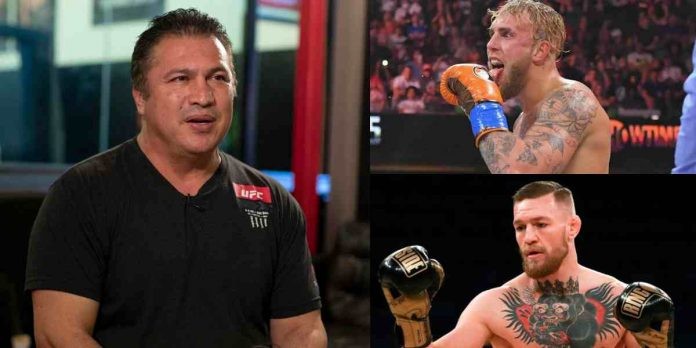 Dana White may believe that Conor McGregor will destroy Jake Paul in one round in a boxing match.

But according to Khabib’s coach Javier Mendez, Jake Paul ‘has got so many advantages’ on Conor McGregor. Mendez recently gave an interview to Betway Insider, where he spoke on various topics one of which was about Jake Paul and Conor McGregor. 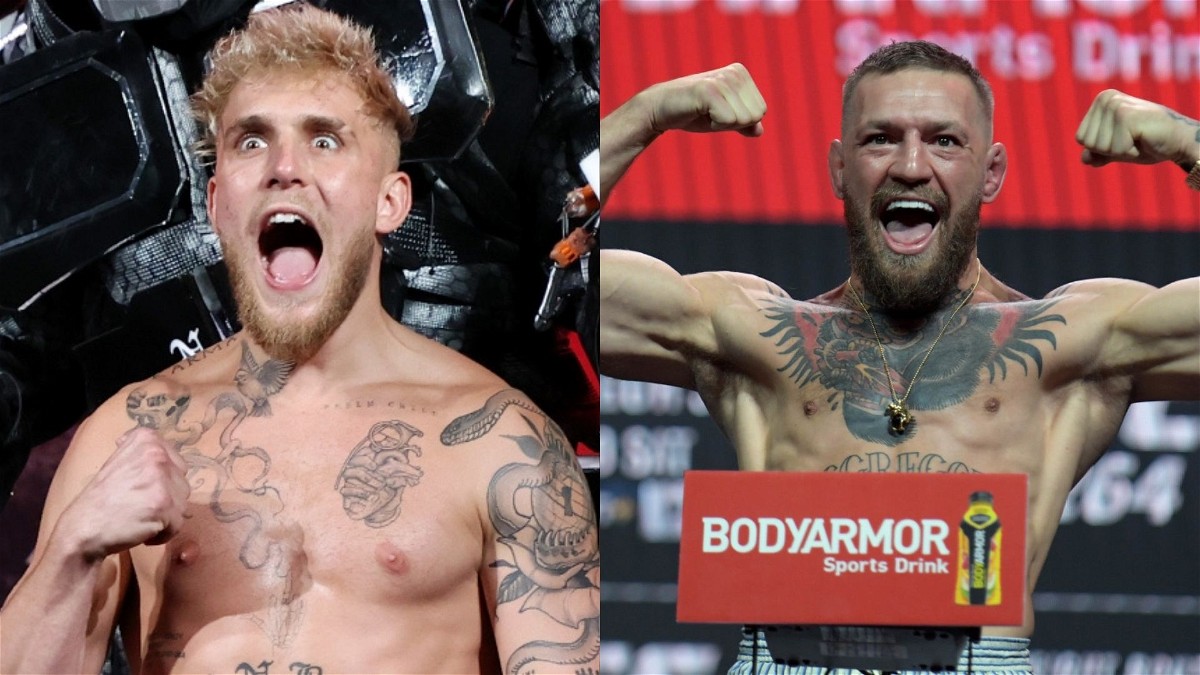 In the interview Mendez was asked about how he thinks a boxing match between McGregor and Paul would go. According to the longtime coach, he believes Paul has several advantages in a boxing match against McGregor, and he explained why.

“Jake has got so many advantages on Conor,” Mendez said. “Size being one of the big major ones, and the fact that he’s been boxing for three-plus years with really good boxing professionals that know what they’re doing”

Javier Mendez does not think that multiple time boxing world champion Saul Alvarez would be a good matchup for Jake Paul.

“So, no, he shouldn’t have to fear Conor whatsoever. Instead, he has to fear people like Canelo (Alvarez). He would just smash him in one round. It would be embarrassing. He hasn’t got a chance against those kinds of guys; he really should stay away from him.”

“But against Conor, absolutely he has a chance. Looking at the two, Jake’s got big advantages in size and power. Yes, he doesn’t have fight experience, but he’s been strictly just boxing for a long time now. Conor’s not been strictly boxing.”

“The Problem Child” has been mocking the Irishman for his recent losses in the UFC. Paul has even called out Conor McGregor to fight him in a boxing ring several times in the past.

Jake Paul has been linked in negotiations with Tommy Fury over a match up, with the pair seemingly eager to settle their differences in the ring.

Whilst, McGregor is sidelined after breaking his leg against Dustin Poirier at UFC 264 and he is expected to be out for some time, although UFC chief Dana White hinted that the Irishman could return to action in 2022.

Do you think Jake Paul vs Conor McGregor will ever happen? Let us know about your opinions in the comments section below.