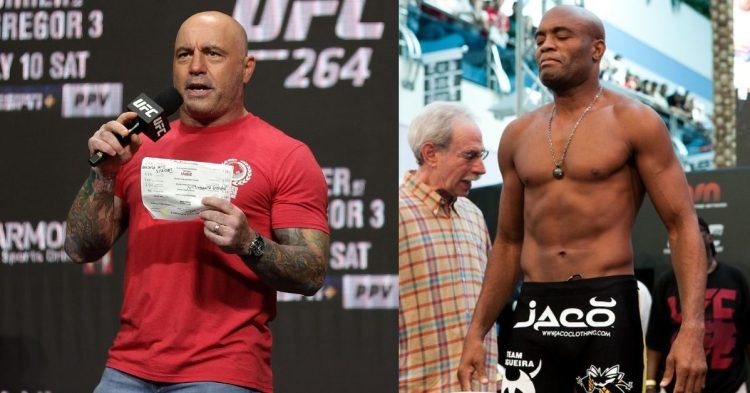 Former UFC middleweight champion, Anderson Silva takes on Jake Paul in his next boxing match. This is undoubtedly one of the biggest moments for Anderson Silva, who has had numerous title fights in his UFC career.

With wins over former boxing world champion, Julio Cesar Chavez Jr and Tito Ortiz in his last two fights, Anderson Silva is oozing with confidence before he takes on the Problem Child. However, his age and the damage he has taken throughout his MMA career will be a factor in his boxing match against Jake Paul.

Anderson Silva is 47 years old and he has been competing since 1997. On the other hand, Jake Paul is only 25 years old and has been competing in boxing for 4 years. It’s a huge stage for both the athletes involved and this has led fans to speculate whether Jake Paul or Anderson Silva are using Performance enhancing drugs to get an edge in this fight.

Former UFC welterweight champion, Tyron Woodley did bring up suspicious drug testing procedures before his fight against Jake Paul. And now UFC commentator and host of the JRE podcast, Joe Rogan has questioned whether Anderson Silva is a clean athlete going into his next fight.

Joe Rogan has been a massive fan of Silva and hails him as one of the greatest fighters to ever lived. However, he gave his honest verdict talking about Silva vs Paul boxing match.

In a recent episode of JRE podcast, Joe Rogan questioned the testing done for Silva vs Paul boxing fight and said:

“He(Silva) is also 47 and I don’t know what kind of testing they are doing. That changes everything. That changes the whole work. Cause if he is on all sort of Mexican supplements then we can see a turning back of the clock. He is most likely going to be supplementing”

Talking about how PED will give Silva an edge in his next fight, Joe Rogan stated: “At 47, I wouldn’t imagine he is not taking something. If you are taking something in your 47, that is not what we think of at 47. That is 47 with a body that responds like a 30-year-old”

There have always been controversies surrounding the drug tests that are done for Jake Paul’s boxing fights. Fans have accused Paul of being on steroids for his boxing fights despite his claiming that he is a clean athlete.

However, Anderson Silva has been caught for PEDs during his UFC career. So it is not insane that Joe Rogan is suggesting that Silva might be on PED for the biggest boxing fight of his career.