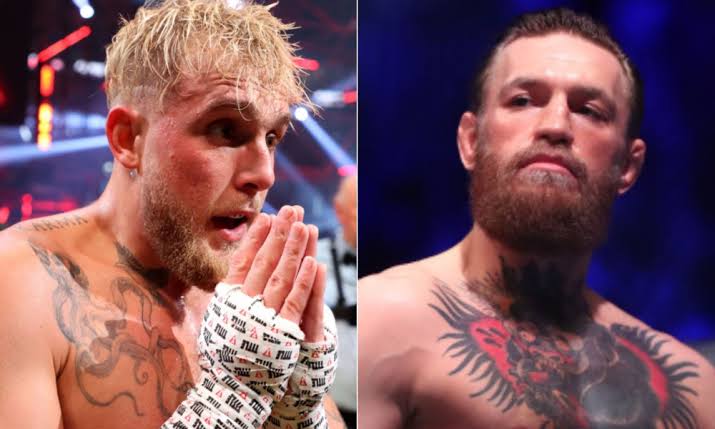 Jake Paul has done it, again. After defeating Tryon Woodley via a split decision, he has successfully remained undefeated and holds a record of 4-0.

This fight sold 16000 seats, which clearly shows that Jake is relevant in the fight world. Now, this win has made him even a bigger combat sports star.

The Problem Child, recognizing his relevance in the combat sports said :

“This is crazy – selling out this whole-a** arena, a whole different audience. This wasn’t a boxing audience here tonight, doing a bigger gate, more revenue than Conor McGregor in his 18th fight, selling hundreds and tens and thousands and millions of pay-per-views”

It is no doubt that Jake is not the most likable person to the hard-core fight fans. But, two consecutive wins over former UFC fighters have forced fight fans and stars to acknowledge or at least notice him.

According to Jake, he is the new face of the fight game. After his fight Paul told MMA junkie:

“There’s a new face of the fight game, That’s it…Tonight showed my ability. It got more people interested. The biggest names in the sport are tweeting about me, so it’s already on a whole other level now.”

Up until now, Conor has always awarded himself that epithet.  His Instagram bio reads:

“The face of the fight game”

So, this comment from The Problem Child clearly affirms that Jake believes he will be the successor of Conor with regard to his popularity and following.

Like many prominent figures in the combat sports world, even McGregor tweeted regarding the fight after it ended. McGregor  tweeted: “Salivating”

When in the post-fight press conference Jake was asked about the same, he responded:

“We’re on the path to a lot bigger fights, I’m salivating too because I’m just getting warmed up, Conor McGregor has a lot more to focus on besides me right now.”

However,  the Problem Child believes that with current form Tryon is a harder fight than Conor. Paul also mentioned Notorious’ recent downfall and said that he needs to “sober up  and start to get back in the gym and then we can f**king fight.”

Currently, Conor is recovering from the ankle injury he faced at UFC 264. So, it is certain that Jake and McGregor won’t cross paths in near future. But, will they ever fight each other? What do you think? Do let us know in the comment section.