Brendan Allen’s Wife, Kids and Family – Here’s Everything You Need to Know 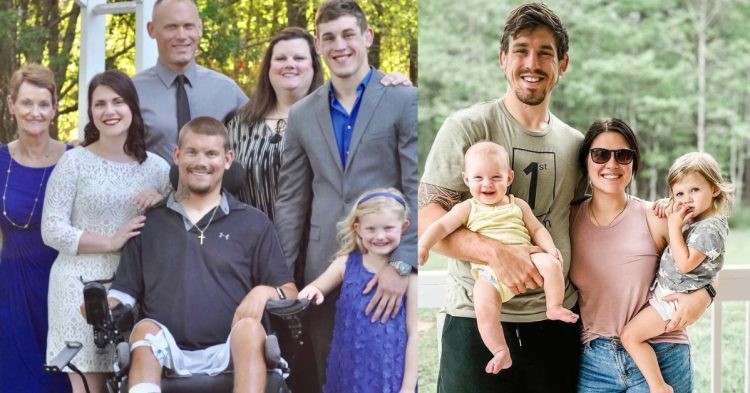 Brendan Allen is one of UFC’s top prospects who is expected to grow into a potential challenger for the middleweight title in the future. After making his debut in 2019, the American middleweight has impressed fight fans with his exciting skills inside the octagon.

Apart from his setbacks against Sean Strickland and Chris Curtis, All in has dominated his opponents and has finished four of his fights via knockout or submission. With an impressive UFC record of 6-2, it is needless to say that Allen has a bright future in the fight game.

Consequently, if he continues to pick up victories and keeps on making progress in the 185-pound division then there is no stopping him from becoming a superstar in the UFC.

Brendan Allen is all set to step inside the octagon in few hours to take on Jackob Malkoun in the prelims of UFC 275 that will take place in Singapore. Ahead of this clash, let us shift the focus to his family life.

The early life of Brendan Allen

Brendan Allen was born on December 28th 1995 and hails from Louisiana, America. His father’s name is James Allen and his mother’s name is Michelle Allen. Brendan also has an elder brother who is a US military vet.

Brendan Allen shares a great bond with his parents and has kept his father and brother are ar his topmost level of priority. He started training in combat sports in his childhood days. Thereafter he started competing in boxing and wrestling in Mississippi.

Eventually, All in joined the academy to train in MMA while studying at the Southeastern Louisiana University where he reportedly majored in criminal justice. Brendan Allen had to take some big responsibilities for his family at the very beginning of his MMA career after his sibling was paralysed in a pool accident.

Apart from fighting for his brother and family, Brendan is also taking care of his niece. This goes to show the maturity and the amount of love Brendan has for his close family members.

Brendan Allen got married to his longtime girlfriend Suzzette Allen. The couple have been together for more than ten years now. But they have not revealed any information regarding their wedding date or how they met each other on social media.

The middleweight contender also has two daughters named Brenleigh Allen and Emme Allen. Brenleigh was born on November 28th 2019 and is the elder sister and the younger daughter Emme was born in November 2021. Brendan Allen shares several posts and stories on his Instagram handle whenever he goes out for an outing with his kids and wife.

Similarly, his wife Suzzette’s Instagram page is filled with pictures of Brendan and their two daughters. All in is currently living happily with his family and hopefully, the middleweight fighter keeps on supporting his dear ones and enjoy life to it’s fullest.