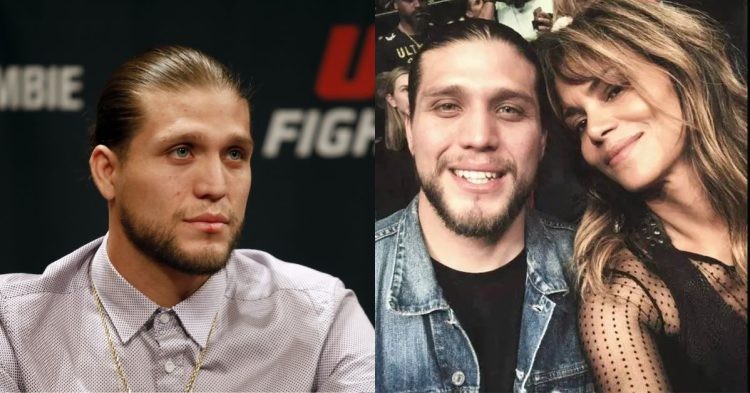 Brian Ortega has not fought in the UFC since July 2022. He is currently on a 2-fight losing skid after back-to-back losses to Alexander Volkanovski and Yair Rodriguez. However, he has still found his way onto MMA news headlines. It was recently rumored that Ortega and his girlfriend, fellow UFC fighter Tracy Cortez, had broken up.

These reports began to emerge after Cortez and Ortega removed each other’s pictures from their respective social media. However, this wasn’t Ortega’s first high-profile relationship. In 2019, T-City was linked with Hollywood superstar, Halle Berry. The pair met at UFC 232 after which Berry tweeted about Ortega with the hashtag, “#ManCrushMonday”.

All about this #ManCrushMonday, @BrianTcity – the #1 @UFC ranked featherweight 👊🏾! So grateful he said yes to training with me in preparation for #BruisedTheMovie, and cannot wait to share what we cook up together 🔥 pic.twitter.com/bPNTggc9SM

Ortega then addressed this with an Instagram post wherein he revealed that he was helping Halle Berry train for her upcoming movie, Bruised.

Speaking to Sporting News about his relationship with Halle, he said, “After we became followers of each other on Instagram, we kept in touch. A little while after that, she reached out saying she found out more about me and saw what I was all about and reached out to want to train with me for her movie. I told her ‘of course and it would be an honor to work with you and help you out for your movie’.”

However, there is another lower-profile relationship that T-City was in. This relationship yielded him his 2 sons who have been seen frequently with him.

Brian Ortega Had Two Kids Before His Romance With Tracy Cortez

One of Ortega’s lesser-known relationships was with a woman named Stephanie Roberts. Together, she and Ortega had 2 children, and they were in a long-term relationship. And though it is unclear exactly when they began dating, photos of them dating back to 2012 can be found on Facebook.

Roberts is a kinesiology graduate from El Camino College. She has 2 siblings, a sister, Miros Vazquez, and an elder brother. Stephanie’s last Facebook post involving T-City was when she shared a link to Brian’s foundation in 2019. She too hails from Ortega’s native Torrance, California. She has also studied at GracieUniversity.com per her Facebook profile.

Brian Ortega was also spotted at UFC 227 alongside Claudia Gadelha. This sparked rumors of him cheating, however, he has never addressed the matter. And it is also unclear whether he had separated from his wife at that point. Despite separating from Roberts, Ortega is very involved in his sons’ lives. Even pictures of Ortega with his children and rumored ex-girlfriend, Tracy Cortez have found their way onto the internet.