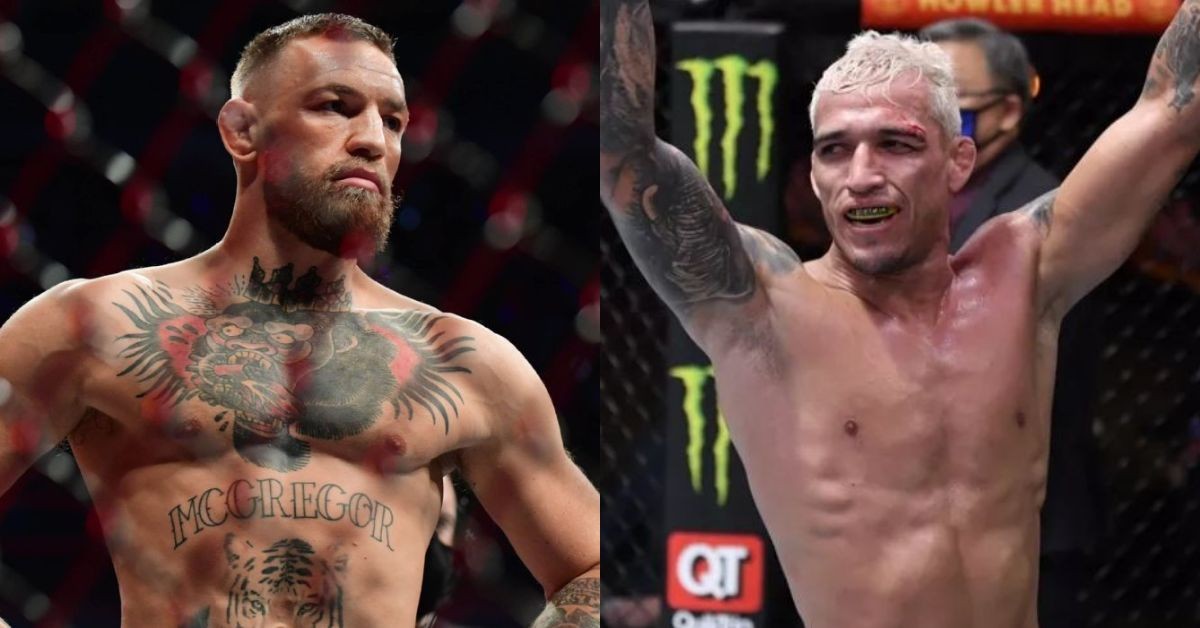 Charles Oliveira took on Justin Gaethje for the lightweight title in the recently concluded main event of UFC 272. The Brazilian lightweight put on a world-class performance in an intense back and forth scrap as he submitted Gaethje via rear-naked choke in the first round.

Do Bronx who was set to defend his title was stripped by the UFC after he failed to make weight. Consequently, as per the new rules, only Justin had the opportunity to become the new lightweight champion. Following his brilliant win at UFC 274, he is now the number one contender for the vacant lightweight title.

In the post-fight interview, Oliveira called out McGregor for a fight. “Hey, Conor McGregor. Are you coming up or are you going to run away?”

“There’s something missing here. The champion has a name and it’s Charles ‘Do Bronx’ Oliveira.”

“Hey, Conor McGregor you coming up or are you gonna run away?!”@CharlesDoBronxs 😤 #UFC274 pic.twitter.com/ZWqAQTKRTi

It is needless to say that The Notorious who is recovering from a leg injury is spoilt with choices as both Michael Chandler and Charles Oliveira expressed their interest to fight him on the same night. He responded to the Brazilian lightweight’s callout on Twitter.

“I’m not sure I wish to cut the weight. I am really enjoying being built like a refrigerator. I feel I want to fight at this size just to watch it back lol. But I’d love to fight the Brazilian, 100%! I love Brazil and I’m unbeaten against Brazil. All KO’s. I’ve some thinking to do.”

How would a matchup between Charles Oliveira and Conor McGregor play out?

If Conor McGregor chooses to return to the 155-pound division and face Charles Oliveira for the vacant lightweight belt, it would be interesting to see how this matchup plays out. Considering the current form, Do Bronx looks brilliant. He has finished the likes of Michael Chandler, Dustin Poirier and Justin Gaethje in his last three fights.

This goes to show that he is unarguably the best lightweight in the division right now. On the other hand, McGregor is going through a rough slump. The former two-division champion has only registered one win in his last four fights.

Besides, there are many doubts regarding his performance once he comes back as he has suffered a bad leg injury in his last bout. However, one cannot count out The Notorious as he still has great knockout power and is an elite fighter.

With that being said, Conor’s most likely road to winning this fight would be to knockout Oliveira. Because the Brazilian lightweight’s jiu-jitsu skills are excellent and he is extremely dangerous on the ground. His recent fight against Gaethje is a great example where he dropped Gaethje and submitted him quickly. 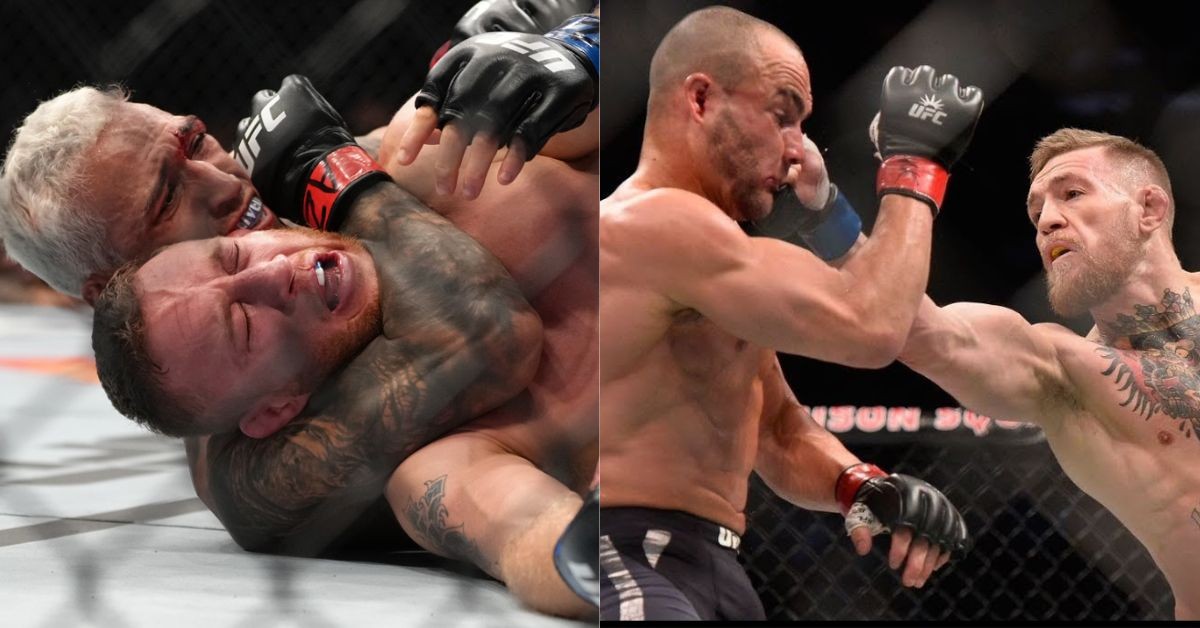 Despite being on an extraordinary 11 fight win streak, Charles Oliveira has few weaknesses when it comes to striking. Owing to the fact that he tends to absorb a lot of damage and his last three opponents have dropped him.

Charles Oliveira getting knocked down by Teymur, Chandler, Poirier and Gaethje….before finishing them #UFC #MMATwitter pic.twitter.com/3HMWY1025G

Therefore Conor does have a chance to win this fight if he manages to defend Oliveira’s takedown attempts and avoid any unnecessary striking exchanges because Do Bronx does have great power in his fists as well.

Nonetheless, if the UFC schedules this fight, then it would be a treat to watch these two world-class athletes square off against each other for the undisputed lightweight crown.