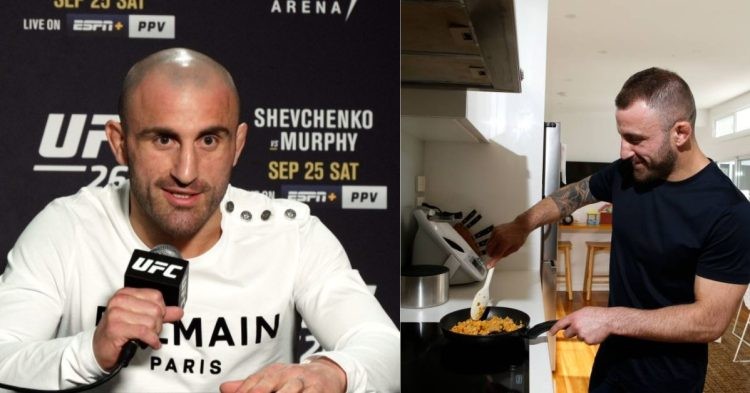 Alexander Volkanovski will be back in action this weekend as he takes on his arch-nemesis Max Holloway in a trilogy fight in the co-main event of UFC 276. The Great’s featherweight title and undefeated UFC record will be at stake in this highly anticipated blockbuster battle.

Volkanovski has been in great form as he dominated both Chan Sung Jung and Brian Ortega in his last two fights. If he beats Holloway at UFC 276, then we can expect Alexander Volkanovski to move up a weight class and compete in the lightweight division.

As we build up to this fight, the 33-year-old featherweight champion gave an interview to Dave Blakomoto which was uploaded on the Freestylbender’s channel. The Great discussed several topics from his favourite fight in the UFC to the potential new opponents in the featherweight and lightweight divisions.

During one of the segments, the interviewer asked Volkanovski how long does he plan to keep on fighting before calling it a day from the combat sport. To which the Aussie answered by saying that he intends to keep on fighting till his body holds up and he has enough money to live for the rest of his life.

“Man I still feel so good man. I’m getting through these camps, I mean like I’m cruising through. Obviously, we busting our a** but the way I just deal with them, deal with the camps and they accept this like the pain and all that type of stuff.”

“It almost feels like it’s getting easier and obviously having the nutritionists and the science behind it like the physios and strength and conditioning. I feel like I can do it for another five-six years, seven years man. I really do feel like that right now.”.

Alexander Volkanovski reveals his future plans after retirement from UFC

Before finishing the interview, Dave Blakamoto inquired Alexander Volkanovski about his plans after retiring from the UFC. The Great revealed that he will shift his focus from the fight game and make cooking his priority. Because he enjoys cooking food and people are loving his recent videos. Volkanovski believes that he has the ability to coach fighters but he does not have the commitment levels that the coaches do. Therefore he wants to cook in front of the camera and have fun after he retires from the UFC. It is certainly a unique choice and not many fighters have switched career paths after retiring.

As of now The Great’s Cooking with Volk show is doing great on his YouTube channel. But his current focus would be on defending his belt and maintaining his perfect record in the promotion.