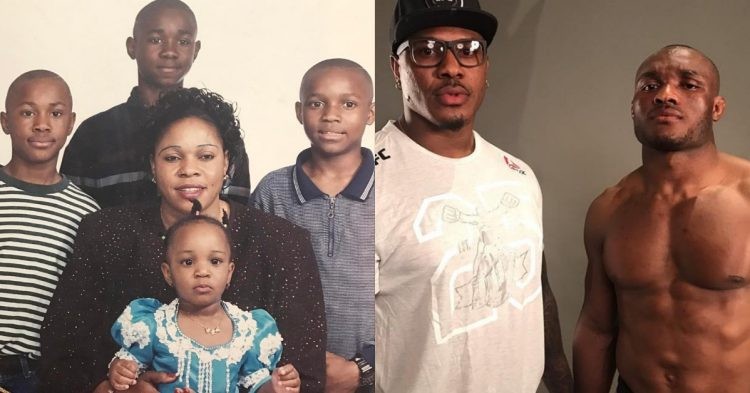 It looks like the Usman family is ready to take over the UFC. Kamaru Usman currently holds the UFC welterweight title. He is closing on Georges St-Pierre as perhaps the greatest 170lbs fighter to ever step inside the Octagon. But it’s not just him, it appears as if his younger brother Mohammed Usman is also hoping to make an impression in the UFC.

Born in Auchi, Nigeria, the Usman brothers came over to America in the hopes of a better life. However, tragedy struck as their father, Muhammed Nasiru Usman was convicted and sent to jail on various counts such as health care fraud and money laundering. But the brothers did not give up as Kamaru started to get notoriety for his wrestling.

On the other hand, Mohammed Usman accumulated degrees from the University of Arizona, Navarro College and the University of Houston. Although Kamaru started his fighting career in 2012, Mohammed had his first pro fight in 2017. But that is understandable as ‘The Nigerian Nightmare’ is 2 years older than Mohammed. Kamaru is 35 years of age whereas The Motor is 33.

How did Kamaru Usman and Mohammed Usman get into the UFC?

Kamaru Usman is a product of The Ultimate Fighter. He beat Hayder Hassan in the finale of TUF 21. He made a big impression as he finished Hayder via an arm-triangle choke in the second round. With the win, he earned a UFC contract and the rest was history.

Mohammed Usman was hoping to replicate the same at The Ultimate Fighter 30. After two great victories over Mitchell Sipe and Eduardo Perez, he reached the final to take on Zac Pauga. So TUF was a big factor behind their journey to the UFC. But one key distinction between the two of them is their physical frame.

The younger brother Mohammed stands at 6’2 and Kamaru has a height of 6 feet. Mohammed fights at heavyweight, whereas Usman is an all-time great at welterweight. However, Mohammaed is largely underdeveloped as he is relatively new in the sport. But Kamaru is always there in his brother’s corner to help his growth.

Mohammed Usman is currently 8-2 in his career, Kamaru Usman’s career record is 20-1.

Kamaru is happily married with one daughter named Samirah. Mohammed had a son named Nash, who was born in 2016. However, he lost his life in an unfortunate incident. Mohammed has called Nash the motivation behind his fighting career.